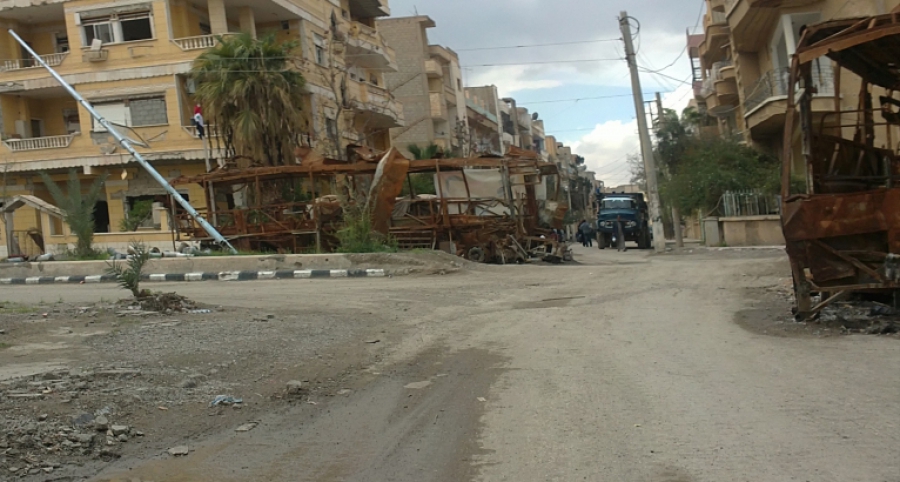 The Syrian National Coalition has demanded the international community stop standing idly by while war crimes are committed against civilians in Deir-ez-Zor, condemning the Assad regime's executions and mass arrests of civilians in areas retaken from the Islamic State (ISIS) group.

Media activists said that government forces have carried out summary executions of a number of civilians in the province, including Ibrahim Khalaf al-Hadrous and Ali Suleiman Dabbal, who were killed in the town of Boqras on Tuesday. Regime forces also rounded up dozens of civilians inside a nearby house on charges of belonging to ISIS, the DeirEzzor24 website added.

DeirEzzor24, an independent media campaign which documents violations against civilians in Deir-ez-Zor, previously said that government forces and allied Iranian-backed militias had carried out summary executions against civilians in the town of Mayadeen after recapturing the area from ISIS last week. It warned of a repeat of these crimes in the areas that may fall to government forces in the future.

Deir-ez-Zor province has been the site of fierce battles between Russian-backed Syrian forces and the U.S.-backed so-called Syrian Democratic Forces on one hand and ISIS on the other. Hundreds of civilians have been killed in indiscriminate bombing of residential areas, while tens of thousands more were forced to flee and seek refuge in camps erected in the desert.

Meanwhile, the Syrian National Coalition held a workshop with leaders and representatives of military and civil bodies from Deir-ez-Zor in southern Turkey on Oct. 15-16 to discuss the humanitarian and military situation in the province.

Participants called for sparing the lives of civilians fleeing the fighting in the province and for the opening of humanitarian corridors for civilians who are caught in the middle of ongoing battles in the province.