After witnessing a return to relative stability, the presence of the Al-Qaeda-linked HTS can be seen as encouraging further strikes, one resident tells Zeitoun 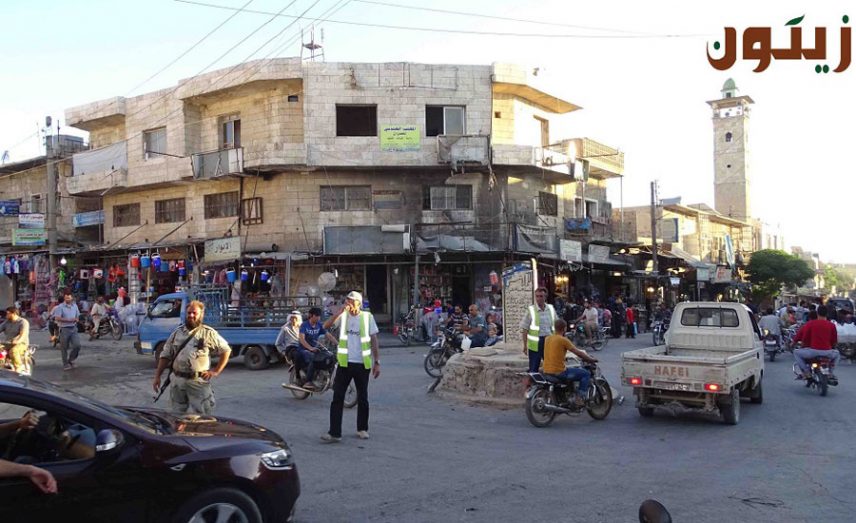 The fall in cases of murder and looting in Kafrenbel have not prevented wide civilian suffering in the rebel-held town, as residents now find themselves facing heavy Syrian and Russian bombing campaigns which target the northern province of Idleb.

Mohamad al-Walid, a Kafrenbel resident, told Zeitoun: “The security situation in Kafrenbel is acceptable, in terms of killing, theft, kidnapping and other incidents. We do not suffer from these issues in the city at all at the current time. But we have suffered recently from barbaric bombing campaigns carried out by the Assad regime and its allies.”

Similarly, Khalid Raie, a displaced person living in Kafrenbel, told Zeitoun: “The security situation in Kafrenbel is good to some extent, as there are no longer problems or bombings or similar incidents, and in the event that any problems do occur, the authorities in the city resolve them and hold the perpetrators to account. However, what bothers us is that the city has been hit by some air raids that threaten our security and our lives.”

Since Hay'at Tahrir al-Sham (HTS) took control of most areas in the province of Idleb on July 24, including Kafrenbel, the work of local government and security forces were taken over at the beginning by the Liwa al-Fursan of the Free Idleb Army.

Liwa al-Fursan set up fixed checkpoints inside the city and on its outskirts, to facilitate night and day patrols, preserve security and protect residents from any incidents. The move was based on calls from the local council for the group to come to preserve security in the city. Its role was limited to deploying checkpoints, before opening an Islamic police station under the authority of HTS.

One city resident, who refused to have his name published, attributed the reason for the bombardments to the presence of HTS, and told Al-Zeitoun: “I think the only reason the warplanes have hit the city is that Hay'at Tahrir al-Sham members are there, and the Assad regime craft and its allies use that as a pretext and excuse to bomb unarmed civilians and kill them, which impacts us.”

At the same time, one Kafrenbel resident said that the security situation was not bad, but that there were some incidents of theft which occurred rarely, most of them late at night, and called for there to be patrols during the night in the city’s streets to prevent these sorts of problems.

The city of Kafrenbel and its outskirts have over the last month been subjected to more than 10 heavy air raids by Russian warplanes which have targeted civilian homes and infrastructure, such as the Kafrenbel hospital and the Sham central hospital, as well as the local council building and some bases on the city’s outskirts, which has led to a number of wounded civilians and heavy material damage.