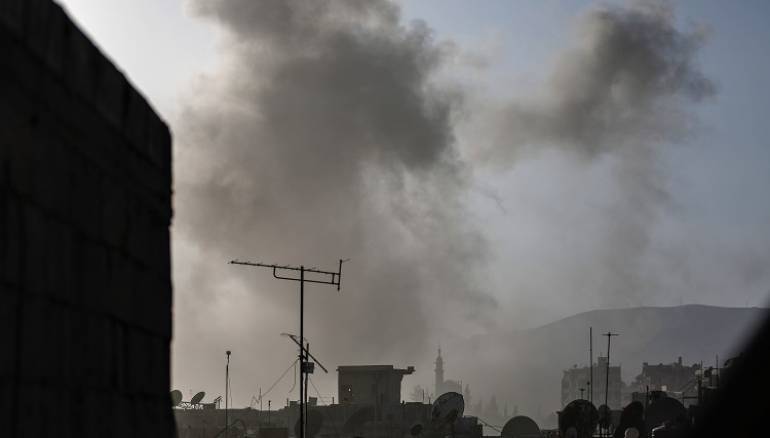 At least six people were killed in artillery shelling by Syrian government forces on Douma city, northeast of the capital Damascus, local activists said on Thursday.

The ground bombardment also extended to the neigborhoods of Saqba and Jobar in the embattled Eastern Ghouta suburbs.