Rescue workers find dozens of bodies near Maarat al-Nouman in the rebel-held province, according to Zaman al-Wasl 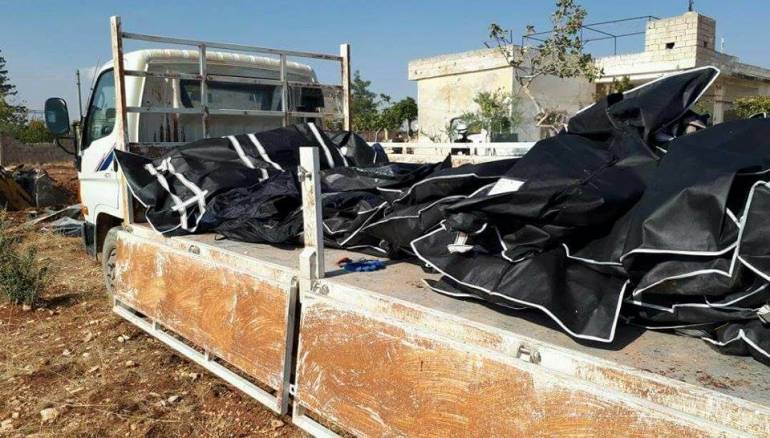 According to reports, the rescuing group found a mass grave holding 63 slain army soldiers near the town of Maarat al-Nouman.

The regime of President Bashar al-Assad has not declared an official death toll for its soldiers, but activists estimate that more than 200,000 troops have been killed since 2011.