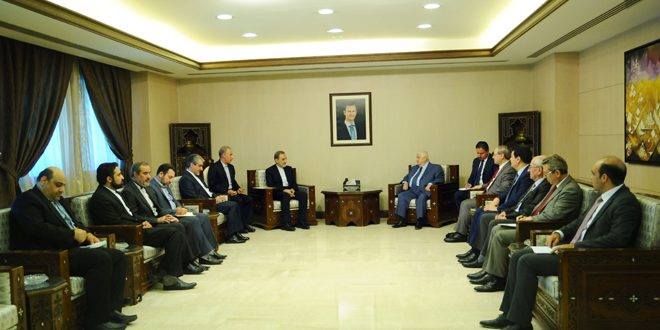 Syria will continue its war against terrorism and its backers until victory is achieved and peace is restored to every inch of Syrian territory, Foreign Minister Walid al-Muallem said on Monday.

In a meeting with Ali Akbar Velayati, a top advisor to Iran’s supreme leader, Muallem reviewed the latest political and field developments in Syria, hailing the significant military victories achieved by the Syrian army in cooperation with its allies, the last of which resulted in the liberation of the city of Deir-ez-Zor.

Muallem and Velayati also discussed means of enhancing Syrian-Iranian relations in all fields.

For his part, Velayati said that the Islamic Republic of Iran will continue to stand by Syria on all levels and support it in the battle against terrorism.