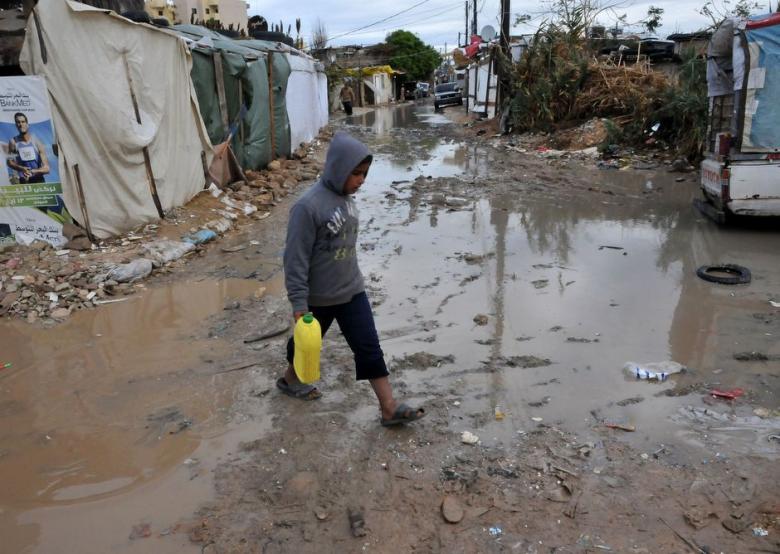 The families of the two children, Wael Tuaima and Yahya al-Hassoun, had fled from the central province of Hama, escaping fighting between rebels and militias loyal to President Bashar al-Assad.

The storm that is hitting northern Syria has caused damage to most of the towns and refugee camps along the Syrian-Turkish border.

The displaced people have been living under deteriorating humanitarian conditions as a result of the absence of aid agencies and relief efforts.

"[Syrian] children are the ones mostly affected by this war, because they are perhaps the most needy and vulnerable beings on the earth," International Refugee Rights Organization Deputy Chairman Abdullah Resul Demir told Anadolu Agency.

Demir's remarks came ahead of the Universal Children's Day, which was held on Nov. 20.