Syrian army general and captain among 100 regime soldiers killed in major clashes with rebels in Harasta, according to opposition sources 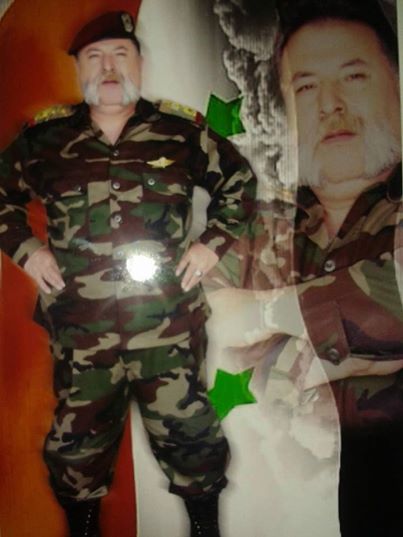 More than 20 civilians were killed and a number of others wounded on Sunday in air raids by Assad regime warplanes and rocket bombardment on the cities and towns of the Eastern Ghouta of Damascus, while loyalist media mourned the death of two high-ranking regime officers in the battle for the Military Vehicles Administration area in eastern Damascus.

According to news networks and Civil Defense forces in the Damascus countryside, the surface and air bombardment targeted the “de-escalation” zones from the early hours of the morning on the towns and cities of Douma, Masraba, Ain Terma, Harasta and Madira east of the capital.

The Civil Defense documented the deaths of 14 civilians, including three children, during the air raid, with multiple rockets hitting residential areas overflowing with civilians in the town of Masraba. Regime forces also shelled the city of Douma with rockets, killing two civilians.

The Ghouta Media Center said on its Facebook page that the death toll from the air raid on the town of Madira was up to six, including two women and a child.

In a different context, the Damascus Now loyalist network mourned the death of two officers in President Bashar al-Assad’s forces, Gen. Ali Mohamad Badran and Captain Mahmoud Mathalaj, in the battle for the Military Vehicles Administration barracks in Harasta.

The Ahrar al-Sham rebel group launched an attack on the barracks on Nov. 14 with the aim of seizing it. The barracks are used by the Assad regime to bombard and strike besieged towns of the Eastern Ghouta.

Ahrar al-Sham managed to take control over a number of points inside the barracks while the regime suffered heavy losses during the early days of the battle.

In a statement issued by groups engaged in the battle, rebels said Assad's forces had lost at least 100 fighters during the battles, including an assistant to the commander of the Military Vehicles Administration, Gen. Walid Khawshaqi, in addition to a number of high-ranking officers.

The groups said that regime warplanes had accidentally bombed the positions of Assad forces and allied militias as many as four times, but the statement did not mention the toll from the mistaken bombardment.