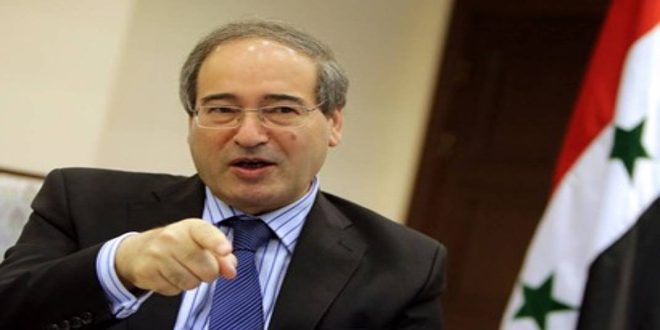 Damascus is committed to supporting Syrians living abroad as they convey the truth of events in Syria to foreign publics, Deputy Foreign Minister Faysal Mikdad said on Saturday.

Speaking during a meeting with the National Committee for Syrian Expatriates in the Netherlands, Mikdad talked about the developments in Syria after the achievements made by the Syrian army in the fight against terrorism.

The Syrian government, he added, is very interested in the efforts by Syrian expatriates to defend their homeland and their people and to convey the truth about Syria in the countries in which they live.

He also stressed that the Foreign Ministry is committed to following up on the affairs of expats, confirming that the ministry is ready to secure all their needs through its embassies and consulates.

For their part, committee members said that they have been working hard for years to convey the truth about the Syrian war against terrorism, pointing to their contributions in the humanitarian and relief fields.

They also expressed their full willingness to support Syria by providing new investments and participating in the reconstruction process.