Over a dozen people killed and injured while evading authorities on the Syrian-Turkish border, Al-Araby al-Jadeed reports 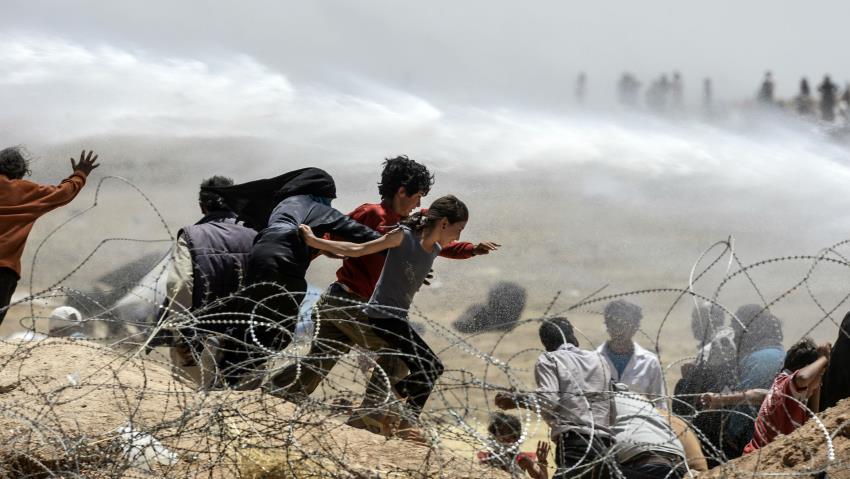 A minibus carrying Syrian refugees collided with a truck near the Turkish border with Syria on Sunday, killing 11 people on board and injuring 9 others, local authorities reported.

The head-on collision occurred after a team of Turkish police tried to stop the minibus from evading a checkpoint near the Syrian frontier in the Turkish province of Hatay.

According to Turkish officials, six children and the driver of the minibus were killed in the crash, adding that the victims were "foreigners," without specifying their nationality.

Turkey's Anadolu news agency reported that 10 of the dead passengers were Syrian.

"At the checkpoint, the minibus ignored an order to stop and fled. Unfortunately it collided with a truck on a curve," Hatay Governor Erdal Ata told Anadolu.

Photographs published by local media showed rescue teams around the crushed remains of the minibus. The scene of the accident had been sealed off by white tape on the edge of a country road.