Opposition council says local and international organizations are refusing to support its work due to its ties with the SDF, Zaman al-Wasl reports 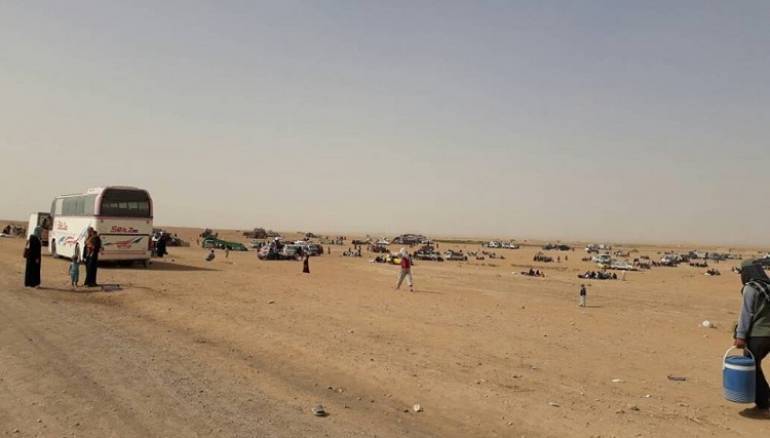 The local council in Deir-ez-Zor on Monday moved to suspend its work for 20 days in protest against the continued neglect of the suffering of displaced people in the province, the opposition-run body said in statement.

The council said various relief organizations and international bodies have failed to respond to the catastrophic situation in Deir-ez-Zor because of the fierce ongoing battles.

According to the statement, the close of services was a “final shout out” to draw attention to the suffering of the people in the province, adding that the council will resign at the end of the specified period if aid bodies refuse to implement their announced projects to help those in need.

The council explained it does not have the financial capacity to fulfill the basic needs of displaced persons and ease their suffering with the onset of winter, adding that it has experienced neglect from local and international aid organizations due to its support for the Syrian Democratic Forces.

The battle to retake Deir-ez-Zor from the Islamic State (ISIS) has resulted in one of the harshest waves of displacement witnessed in the history of the province, as around 350,000 people have migrated to Hassakeh, 240,000 have migrated toward Raqqa, and 110,000 toward the Euphrates Shield areas in northern Aleppo.

The Syrian interim government formed the local council in Deir-ez-Zor in September in conjunction with the start of military campaigns in the province in early September.