Defectors tell outlet that the Turkish-backed rebel forces have been working to 'restore the glory of the Ottoman empire,' according to Al-Etihad 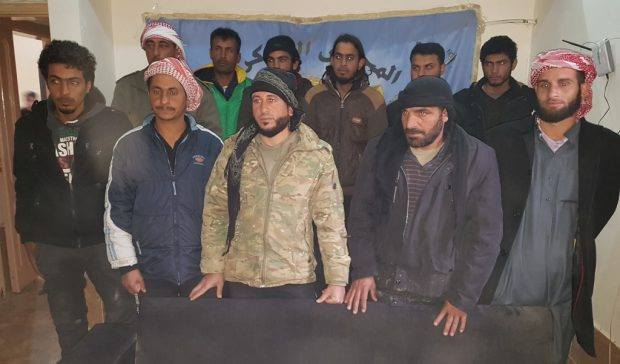 Sources from the Self-Administration in Syria’s north said that 250 members of the Turkish-backed Euphrates Shield forces had defected and joined the Kurdish-led Syrian Democratic Forces.

The Kurdish Hawar news agency said that the defections had occurred in stages in coordination with the Manbij Military Council, with the first batch defecting in mid-November.

The agency quoted the defectors as saying “the Turkish army and Euphrates Shield leadership dealt very badly with the fighters,” and that, “claims about the liberation of the area are untrue. The main aim is for Turkey to occupy the area to restore the glory of the Ottoman state.”

The defectors noted that “the groups which are working under Turkey’s banner are stripping cars and stealing money from civilians who fled from Deir-ez-Zor and areas which saw clashes in the Euphrates Shield areas. Some of them [the groups] face accusations of working with the Islamic State [ISIS] or the regime.”

The defectors said that “all the Turkey-backed groups have a single aim, which is to collect dollars and control checkpoints and crossings, and for this reason there are disputes and clashes between them daily.”

The agency said that most of the defectors are from the Sabran 101 unit of the Euphrates Shield and the Levant Front.