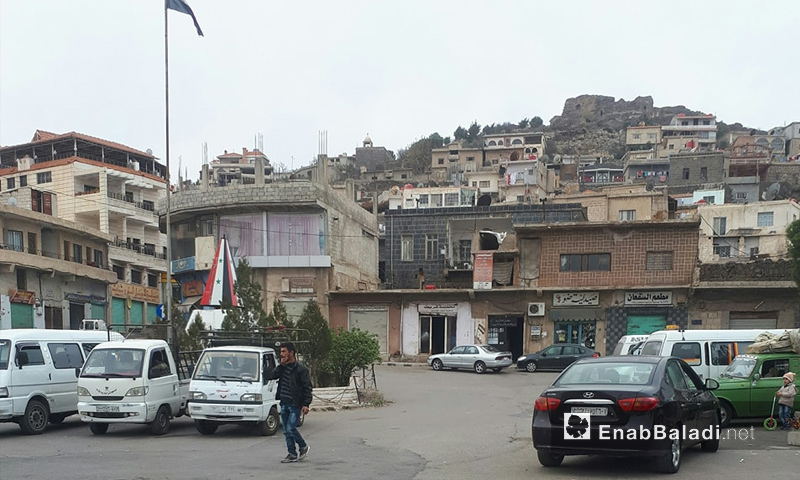 Three civilians from the city of Suweida have been released in exchange for 3 million Syrian pounds after unknown assailants kidnapped the trio three months ago.

A local source from the city told Enab Baladi on Monday that the three civilians, Ezzat Serhan, Hayan Abu Serhan and Mayar al-Firas, had been released by their kidnappers.

The source added that the kidnapping resulted in major tensions in the city and was one of the reasons which led to the massacre in the nearby village of Hiran last October.

The abduction of civilians is one of the most serious violations in southern Syria, with residents describing the crime as organized and open.

The social, moral and economic consequences of the violations have threatened public peace in the area.

According to a report issued by the Syrians for Truth and Justice (STJ) organization, there were no fewer than 300 kidnappings between January 2017 to the end of August.

Videos showing the torture of the three captives were published in recent months, according to the local source, who noted that negotiations for their release were originally set at 75 million Syrian pounds.

As a result of that, families of the captives responded by kidnapping 10 civilians from Suweida clans and released them in exchange for ransoms between 1-2 million Syrian pounds each.

In a previous interview, STJ director Bassam Alahmad described the kidnapping and counter-kidnapping phenomenon as one of the worst violations to have appeared after the Syrian conflict, especially given that many cases are accompanied by other violations, including torture, forced disappearance, killing, financial extortion, and others.

Alahmad told Enab Baladi that it was important to note that kidnappings and counter-kidnappings should not be seen as individual actions, but as organized operations carried out in most cases by people linked to the security apparatus in Suweida province and others linked to armed groups in the areas under opposition control.