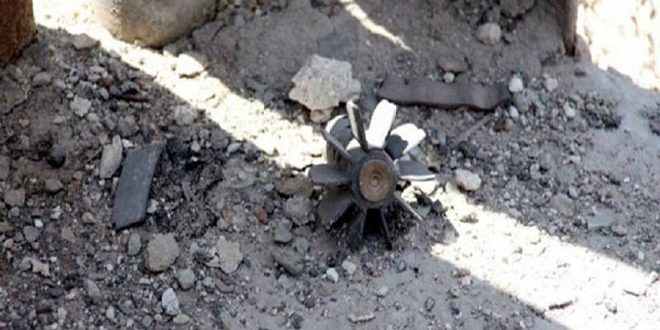 Two civilians were killed and 14 others wounded on Tuesday when armed groups shelled a number of neighborhoods in the capital Damascus, in a new violation of the de-escalation zone agreement.

A source at the Damascus Police Command told SANA that the armed groups positioned in the Eastern Ghouta district in the Damascus Countryside targeted the neighborhoods of Qassa and Bab Touma.

SANA’s correspondent said that the Syrian army responded with precision strikes on the sources of the shelling in the depths of the Eastern Ghouta, inflicting losses upon the armed groups.