Syrian army and its allies have taken control of dozens of villages in the southeast of the rebel-held province, Smart reports 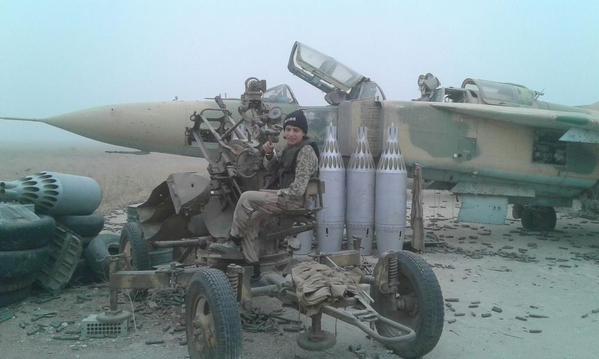 Forces loyal to President Bashar al-Assad on Wednesday reached the outskirts of the Abu al-Duhur military air base in the east of Idleb province.

The head of Abu al-Duhur Local Council, Hasan Khalaf, told SMART that pro-Assad forces are now 1 km away from the air base after seizing the village of Bayaa al-Dansh south of it.

Khalaf noted that loyalist forces have also gained control of the villages of Waredit al-Kow, Al-Raafia, and Jub Abyad, after the withdrawal of the Free Syrian Army and Islamist battalions.

On Tuesday, a military source told SMART that loyalist forces are likely to end their military campaign in Idleb after gaining control of the air base, under the de-escalation agreement.

Assad forces backed by Russian warplanes and helicopters have launched a military campaign against southern and eastern Idleb, killing and injuring dozens of civilians while destroying major institutions and infrastructure.

During the course of the campaign, loyalist forces have displaced around 80,000 civilians from the area.