Checkpoint on the road to Aleppo city also demanding fleeing civilians have an 'Arab sponsor' in order to enter, Al-Etihad claims 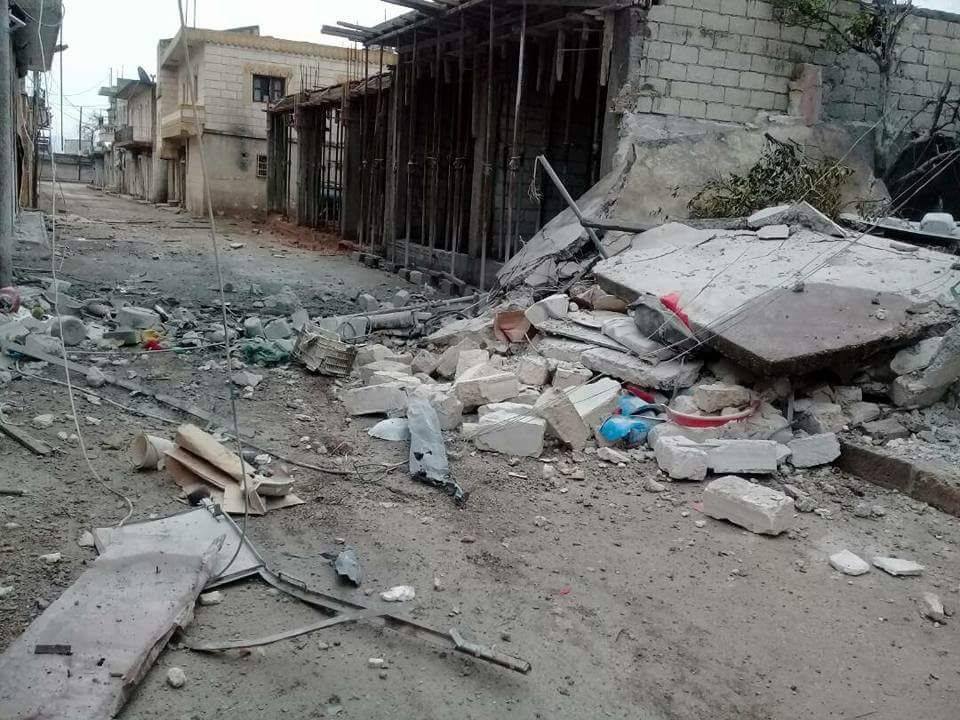 Sources in the northern region of Afrin said that Assad regime forces in the towns of Nubl and Al-Zahraa are preventing displaced people from entering the city of Aleppo until paying fees and obtaining a sponsor.

The sources noted that a regime checkpoint on the road between the two towns and Aleppo city was demanding that displaced people have papers for an "Arab sponsor” in order to allow them to cross, along with a fee payment of $100 for a single person.

The United Nations said that 5,000 people have been displaced from Afrin canton since the start of the Turkish military operation against the area, adding that it was ready to give aid to about 50,000 people in Afrin and have supplies for about 30,000 others in the event that the number of displaced people rises to affect the areas under regime control in Aleppo.

The Turkish army and Euphrates Shield groups began a joint campaign in the Afrin area under the name “Operation Olive Branch” last Saturday. Heavy air and artillery bombardment has targeted the towns and villages of the canton, which has led to a number of civilians being killed and wounded.