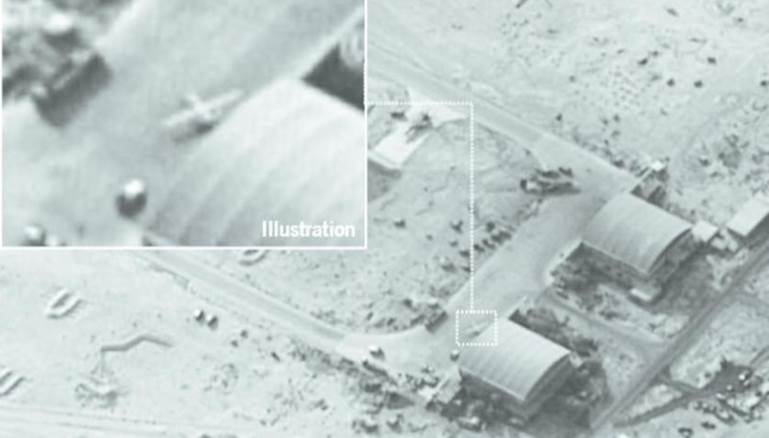 Israel announced on Saturday that it had struck 12 targets, most of them in southern Syria and some just short of the so-called 40-km line (demilitarized zone) on the Syrian-Israeli border.

Military sources told Al-Modon that the positions which the Israeli bombardment struck included two air defense bases in Izra, Daraa province, which had been entered in 2014 by the Mahdi missile squad directly under the authority of the Iranian Revolutionary Guard’s Quds Force. The two bases serve as barracks for air defense in which S200 missile systems, known as SAM-5/SA-5 are deployed — a type of air defense which Syria obtained after the 1982 war and which have been overseen by Russian experts for years.

The bombardment also struck Regiment 150, near the town of Alaqin in the northern Daraa countryside, which is under the authority of the air defense force where light systems are deployed in addition to a reconnaissance radar. The Iranian presence in Regiment 150 goes back to the end of the year 2013. The Israeli strike on Saturday was not able to damage the site, but missiles fell near it.

The Israeli planes raided points near Tel Abu al-Thaaleb and Tel al-Manaa near the town of Al-Kaswa in the southern Damascus countryside, where regime forces are positioned. The Tel Abu al-Thaaleb position is under the authority of Regiment 165 and is a broad military post including surface-to-surface missile platforms which were used to bomb opposition positions in the Daraa countryside and Damascus Ghouta.

The bombing also struck Regiment 16 of the air defense forces which is near the Al-Dumayr military air base. This base is under the control of Iranian forces directly with members of the Lebanese group Hezbollah also present. Intelligence and security coordination between the militias is carried out from this base, as occurred in the Al-Badiya operation in mid-2017.

Al-Modon’s sources pointed to the possibility that the Iranian unmanned drones were launched from Regiment 16. The sources said that positions of air defense units were changed after the night of Friday/Saturday when cars bearing missile systems moved outside Regiment 16 and redeployed nearby. The Regiment includes mobile missile bases which launched four anti-aircraft missiles at the raiding Israeli aircraft.

The T4 military base east of the city of Palmyra took the largest share of Israeli airstrikes, with a runway entirely destroyed, in addition to an air control tower, command buildings and accommodation being almost entirely destroyed. The Iranian presence in the air base began in 2016 after the Islamic State (ISIS) attacks to take control of it. There are members of the Fatemiyoun and Zeinebiyoun militias based there and it also includes accommodations for these fighters. There is a station for Quds Brigade commanders inside the air base and a center for Iranian drones. Most of the Israeli strikes hit the buildings in which the Iranian militias and officers were located, in addition to a drone position.

The bombardment also hit Brigade 104 of the Revolutionary Guard in the Dreij area of the Damascus countryside. The Dimas area was one of the most important positions struck as it housed many Iranian experts and included air defense barracks and members of the Fourth Division, in addition to Baath Party Brigades militia bases. The Iranian experts occupy military bases near the Al-Sharae base in the Dimas area, a region where Iran has tried to establish military bases directly under its control.

The targeting of the Mezzeh military air base has been absent from the media. The air base includes air defense brigades working in its environs and has a PANTSIR-S1 which Syria received from Russia in 2007 and is designed only to counter missiles.

Al-Modon’s military sources said that the BUK system played a major role in reducing the damage of the Israeli strikes and obstructed some missiles from reaching their targets. Some S-200 missiles and Pechora missiles fell in Jordanian and Lebanese territory as a result of being destroyed in the air by Israeli planes.