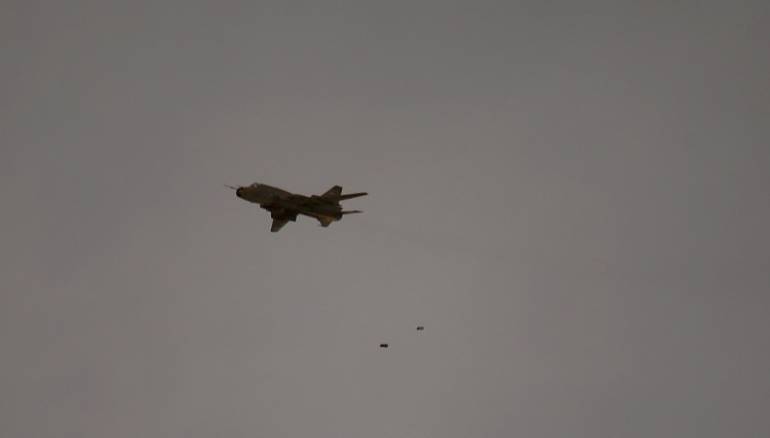 Heavy bombardment by the Syrian regime on the rebel-held Eastern Ghouta district killed at least 18 civilians on Monday, a war monitor said, as government forces appear to be preparing for a ground assault.

Another nine people, including a woman, were killed in air raids, artillery fire and rockets that hit elsewhere in the enclave.

"The regime is bombing Eastern Ghouta to pave the way for a ground offensive," said the Observatory head Rami Abdel-Rahman.

The Observatory and Syrian newspaper Al-Watan reported that negotiations are underway for the evacuation of militants from the suburb.

Large military reinforcements arrived to the edge of the eastern suburbs of Damascus to back the regime forces fighting in the major offensive against rebel factions, a rebel commander told Zaman al-Wasl on Sunday.

“On Saturday [we] have witnessed the dispersal of several regime forces flying checkpoints all along the crossroads linking the Al-Atibet checkpoint east of Al-Dumayr city and the Abu Ratb checkpoint east of the city,” said Said Saif, spokesman for the Forces of the Martyr Ahmad al-Abdo rebel group.

“The move comes as the forces of Suhail al-Hassan, known as the Tiger, arrive to the Al-Dumayr area in the Eastern Qalamoun in preparation for launching a large-scale military operation on the Eastern Ghouta,” he added.