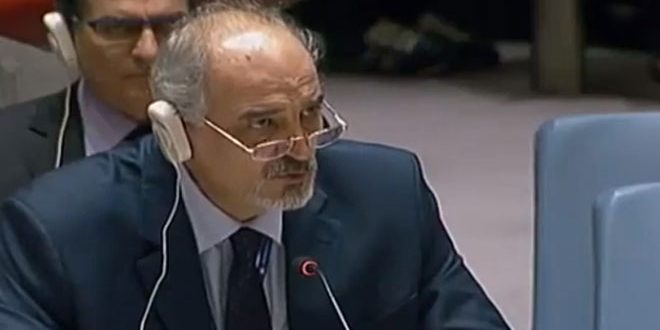 Syria’s ambassador to the United Nations, Bashar al-Jaafari, stressed that Damascus has the right to retaliate against terrorist groups if they target civilians.

In a speech after the U.N. Security Council voted on a resolution calling for a 30-day ceasefire in Syria, Jaafari said that thousands of mortars had fallen on Damascus over the past few days, adding that the Syrian Arab Red Crescent was targeted by the so-called “moderate” terrorists located in the Ghouta district, killing and injuring a number of people including a doctor.

He said that the shells which fell on Damascus claimed the lives of hundreds and injured others.

Jaafari stressed that the Syrian government has dealt seriously with all U.N. initiatives due to its care for the lives of Syrian citizens. He said the government has called on armed groups in the Eastern Ghouta to lay down their weapons and provide safe corridors for civilians to leave.