The Russian Defense Ministry says a technical malfunction could be behind the plane's demise, SANA reports 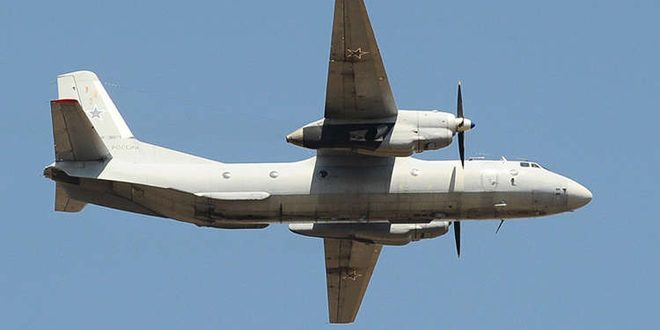 A Russian transport plane crashed on Tuesday as it was about to land at Hmeimim air base in the Lattakia countryside.

“On March 6, Russia’s Antonov-26 transport plane crashed at about 15:00 Moscow time as it was about to land at Hmeimim airdrome. According to preliminary data, there were 26 passengers and six crew members on board. Nobody survived,” the Russian Defense Ministry said in a statement.

The aircraft hit the ground 500 meters short of the runway, according to the ministry, adding that a technical malfunction could have caused the crash.