Protesters in the northern Syrian city demand the release of several prisoners held by the Kurdish-led forces, according to Al-Hal 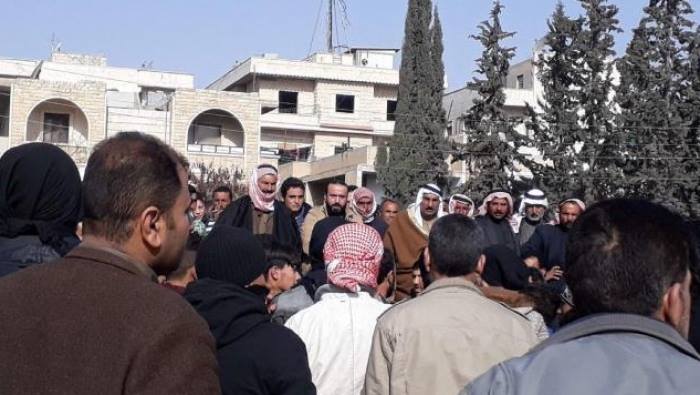 Districts of Manbij city on Sunday witnessed stores and markets closed in protest over the practices of the People’s Protection Units, known as the YPG (the core of the Syrian Democratic Forces).

Media activist Moeed Bashar told Al-Hal that “members of the Kurdish YPG attempted to prevent dozens of residents this afternoon from gathering and staging a sit-in in Martyrs Square in central Manbij. However, the residents organized a sit-in which lasted hours to demand the release of prisoners held by the SDF.”

Bashar added that “a number of tribal notables participated, demanding the release of a girl held by the SDF, as well as dozens of young men arrested by the YPG over the last few weeks. The YPG sent a representative to break up the sit-in and to set next Tuesday as a date to meet with the notables to discuss the residents’ demands.”

This is not the first time Manbij residents have staged a strike protesting the SDF. Last month, the city’s residents staged a general strike in Manbij to demand the SDF leave and protest the imposition of forced conscription and recent arrest of dozens of young men.