Students in the language have the possibility to visit Russia and teach Russian after obtaining their degrees, according to Tishreen 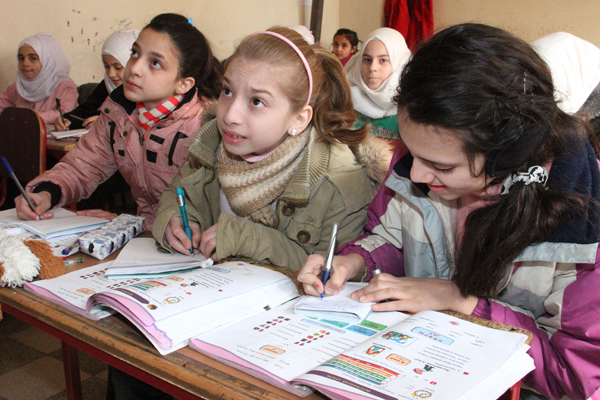 The director of professional and technical education in the Education Ministry, Dr. Radwan Rahal, said that the number of students learning the Russian language in classes from seventh to 10th grades had reached about 15,000, in 170 schools across the areas in which the course has been adopted.

The number of teachers this year reached more than 100, selected based on having the literary and language skills and mastery of the Russian language.

A Russian language course was started in the 2014-2015 academic year for it to be taught in schools.

A group of Syrian students who have obtained secondary diplomas in the subject is sent each year to Russia to teach Russian to foreigners.

The Russian language was entered by the Education Ministry into secondary education's academic curriculum in the 2014-2015 academic year, starting with the seventh grade as a test.

In the following year, it was introduced for the eighth grade classes, which could choose between Russian, French and English, and take the subject further, studying its scientific and literary courses as well.