U.S.-U.K.-French strikes on Syria have provoked a multitude of conflicting reports 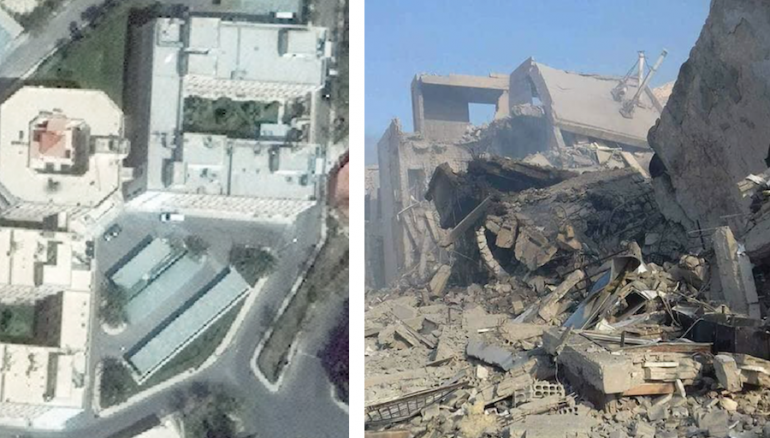 1. Syria’s ambassador to the United Nations, Dr. Bashar al-Jaafari, said that the “tripartite U.S.-British-French aggression on Syria came as a revenge for the defeat of these three countries’ terrorist proxies in Ghouta.” During a Security Council session held on Saturday upon Russia’s request to condemn the tripartite aggression on Syria, Jaafari said: “This aggression gives a message to terrorists, encouraging them to use chemical weapons again in the future," adding that Syria and its allies and friends will respond to this aggression. He continued: “The U.S., Britain, and France should read the U.N. Charter and realize their responsibility is to protect international peace and security, not undermine them, and that they must cease immediately from supporting armed terrorist groups in Syria and from lying and fabricating allegations to justify their aggression on Syria.” [Source: SANA]

2. Syrian air defense systems failed to intercept any of the U.S.-British-French missiles, reducing the entire chemical facilities to rubble, a military source told Zaman al-Wasl. The source said the joint airstrikes were destructive, refuting regime allegations. The Syrian government had said that air defenses “effectively shot down most of them." At least 20 militants loyal to President Bashar al-Assad werenkilled in the British airstrikes on chemical sites in central Homs province, local activists said Saturday. The two sites were a center for scientific research, which specialized in manufacturing the chemical weapons, and army depots where the chemical products were being stored. The research center in the town of Nuweiha, 17 km west of Homs, is specialized only in the production of chemical weapons, in cooperation with the Syrian Atomic Energy Commission. [Source: Zaman al-Wasl]

3. The Syrian army's general command said that in conjunction with the air defense systems’ response to the tripartite aggression launched by the United States, France, and Britain on several targets in Syria, and after a series of concentrated military operations over a week, units of the armed forces and its allied completed the cleansing of the Eastern Ghouta and all its towns and villages from “armed terrorist groups, after all terrorists were removed from the city of Douma, which was the last terrorist stronghold in Eastern Ghouta.” The general command said that engineering units immediately began combing squares, streets and corridors to clear mines and IEDs planted by terrorists in the city, in order to enable the rest of the units to secure liberated areas and prepare them so civilians can return to their homes safely. [Source: Tishreen]

4. Syrian regime forces infiltrated Douma despite a Russian deal preventing any presence of Assad's army in the town newly taken from rebels, residents said on Friday. One the civil committee members that runs the chemical weapons-hit town said the army's troops have breached the Russian-brokered deal, crossing into eastern neighborhoods. Sources said Gen. Alexander Zourin, the Russian army officer who is responsible for Douma deal, had ordered the Russian military police to prevent any attempt by Assad troops to enter Douma. [Source: Zaman Al-Wasl]

5. The 4th Regiment of the Free Syrian Army announced Sunday that it had targeted the city of Homs with rockets in response to the regime forces' bombing of villages in Homs' northern countryside. In a video statement, the regiment added that it had launched Grad missiles in response to attempts to storm the villages of northern Homs by regime forces. The bombing caused the death of a girl and an elderly woman in the city's Abbasa neighborhood. This came two days after Syrian businessman Firas Tlass announced to SMART that he had handed over items regarding an initiative to Russia and leaders in northern Homs and southern Hama to reach a way to manage the cities and towns there. [Source: SMART]