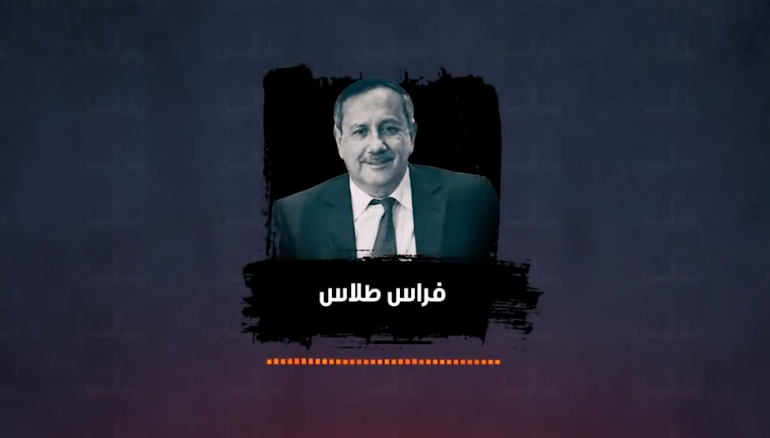 Firas Tlass, a well-known Syrian businessman and son of former Defense Minister Mustafa Tlass, said he would submit an initiative to Russia to ask the Russian government to take control of the remaining opposition-held areas of ​​Homs' northern countryside.

Tlass, who comes from Al-Rastan, a town in the Homs countryside, said in a leaked audio tape recording that the initiative aims to connect the area with the Hmeimeem Russian base, which will also communicate with the regime in matters of services there.

In the audio recording, Tlass, the leader of Al-Waad Party (The Promise Party), said he would not disclose the terms of his initative before he presented it to the concerned parties – the opposition Joint Military Command in the central region and the Russian leadership at the Hmeimeem base – describing his initiative as "restoring security to the region."

"If this initiative succeeds," he said, "it will be an example to turn Syria into a a network of high-level viable locally administered communities, linked to the central government of Damascus."

The areas that Tlass seeks to hand over to Russia are covered by the de-escalation agreement, which was reached in Astana last year.

Bassam al-Sawah, spokesman for the negotiating body representing the cities and towns of northern Homs and southern Hama, said earlier this month that Russia and the regime were cooperating with some of the people from the region to get "unilateral" agreements in the region.

Tlass is a well-known businessman who owns MAS, a big economic group founded in 1980 that specializes in agricultural products. He is the brother of the defected general Munaf Tlass, who was a close friend of President Bashar al-Assad.