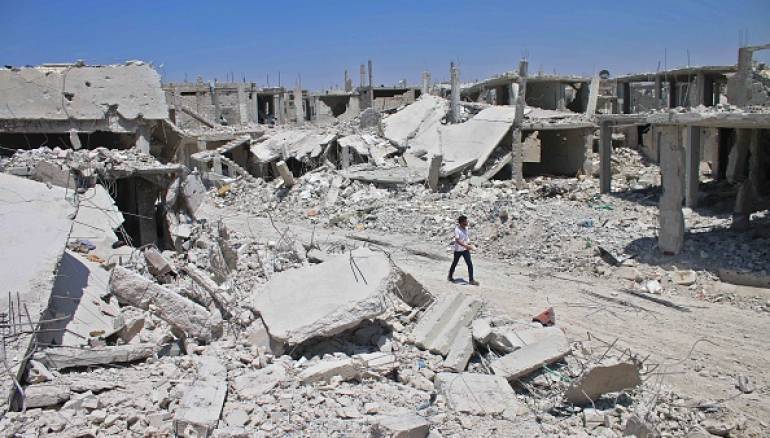 Abu Hamoud al-Hourani, a spokesman for the Ahrar Houran group, said the resistance factions were able to dismantle seven explosive devices planted on the Kafr Shams-Akraba road, adding that the IEDs contained laser devices and wireless transmitters to be detonated remotely. They took the shape of stones to suit the geographical nature of the region.

Hourani accused the Lebanese Hezbollah militia of planting IEDs in the liberated areas of Daraa.

Hezbollah has targeted the roads and rebel supply routes that are adjacent to regime areas.

Such a threat has become a nightmare for residents, activists and military factions in Daraa province.

The northern countryside of aeraa, dubbed the "Triangle of Death," is considered as the most strategic area for the regime in southern Syrian as its links Daraa, Quneitra and the western countryside of Damascus.