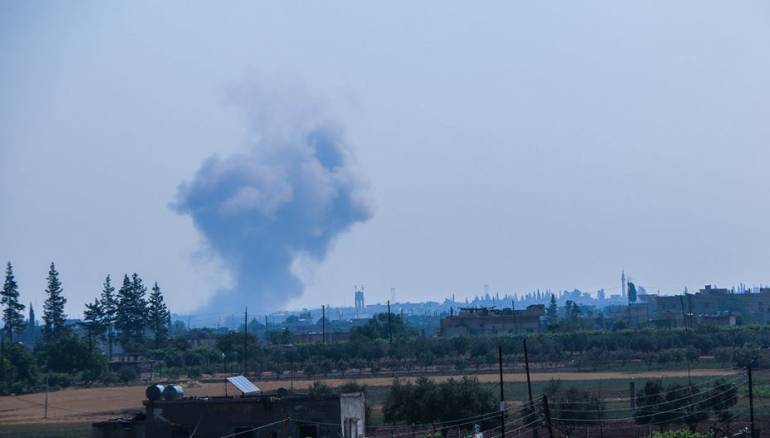 The Syrian regime and Russia have stepped up their aerial campaign on opposition-held areas in central Homs province after the failure of "reconciliation" talks, local activists said Sunday.

The missile assault hit the towns of Al-Zaefaraneh, Al-Saen and Al-Majdal, leaving dozen of people killed and wounded.

Zaman al-Wasl's reporter says the only hospital of Al-Zaefaraneh is out of service due to a vacuum missile attack.

Rescue operation are underway, the Civil Defense group said, as more than 40 raids were reported on Sunday.

Reconciliation talks between the Russian army and the negations committee in northern Homs and southern Hama were suspended last week.

Syrian rebels killed at least 150 militants loyal to President Bashar al-Assad in Homs and Hama since the offensive began two weeks ago.