The fighters and their families are expected to head to Jarablus in Aleppo province, Zaman al-Wasl reports 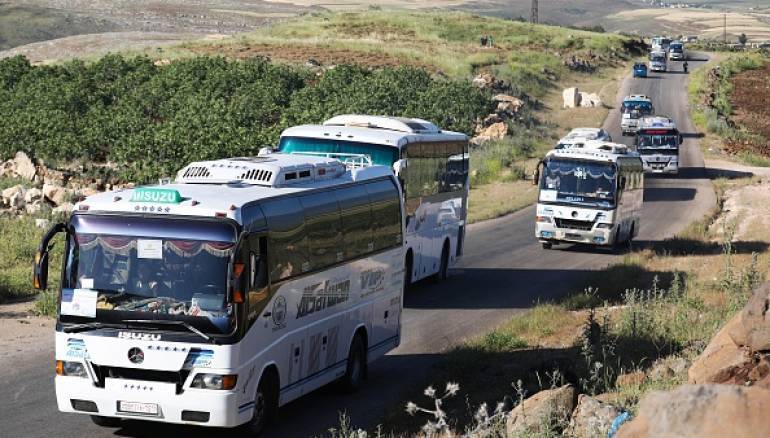 Syrian rebels began pulling out of an enclave in the central province of Homs on Monday after their groups agreed to quit four days ago, local activists said.

About 100 buses entered Al-Rastan, the key city in the rebel-held northern Homs region, to deliver 3,000 rebel fighters with their families to the Free Syrian Army-held city of Jarablus at the Turkish border, activists said Monday.

The district in northern Homs is the only besieged area still held by rebels, though they still control large tracts of northwest and southwest Syria, lying along its international borders, which are not surrounded by the army.

More fighters and their family members are expected to leave the towns of Talbiseh on Tuesday and Wednesday to Jarablus.

President Bashar al-Assad has focused on dislodging rebels from their remaining besieged pockets since driving them from the Eastern Ghouta last month after a fierce offensive. (with Reuters)