Crash follows the demise of a Russian jet over the Mediterranean on May 3, Asharq al-Awsat reports 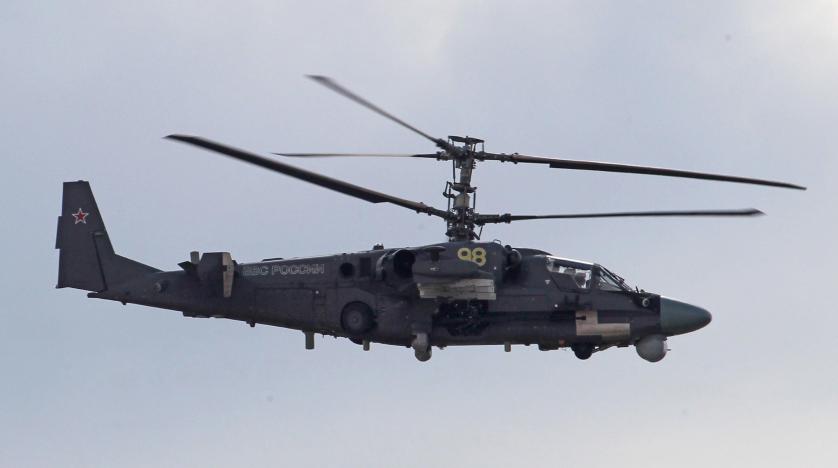 A Russian attack helicopter crashed in Syria late on Monday killing both pilots, Moscow's Defense Ministry said in a statement.

The Russian Ka-52 helicopter crashed while on a routine flight over Syria’s eastern regions. “Both pilots were killed," the statement said.

It added that the incident "may have been due to a technical malfunction" and that a rescue team recovered the bodies.

It did not give further details.

The incident is the Russian army's second deadly crash in Syria in less than a week. On May 3, a Russian Su-300 fighter jet crashed into the Mediterranean Sea after taking off from the Hmeimeem air base, killing both pilots.

The most recent large military loss acknowledged by Russia came when a transport plane crashed on landing at the air base in March, killing all 39 people on board.