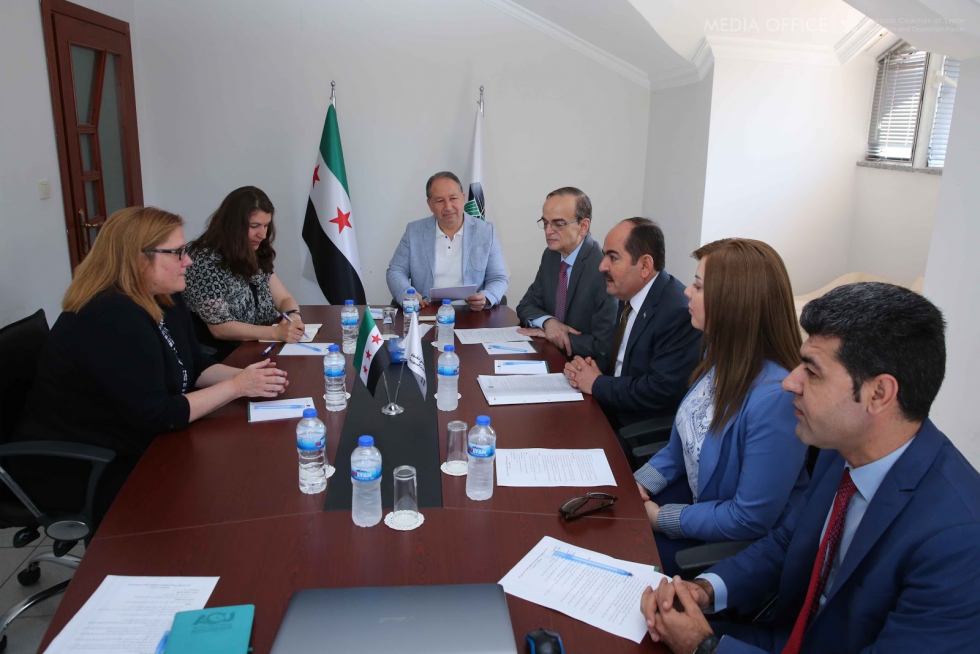 President of the Syrian Coalition Abdurrahman Mustafa met with a US delegation on Monday morning to discuss the latest political and humanitarian developments in Syria.

The US delegation included Karen Decker, Director of the Syria Transition Assistance Response Team (START) for the US State Department and Jill Hutchings, Political Chief in the Syrian file. The meeting was also attended by members of the Coalition’s political committee Hadi Al-Bahra, Hawas Khalil, Fadi Ibrahim, and Ruba Habboush.

President Mustafa emphasized the important role of the United States in striking a necessary balance in the political process.

He urged the US to step up its efforts to reinvigorate the Geneva process whose United Nations sponsorship added international legitimacy to the political process. He stressed the need to deter the actions of Iran and the activities of its terrorist militias in the region.

Moreover, President Mustafa underscored the need to activate the accountability mechanism for war crimes in Syria, especially in light of the increasing crimes of the Assad regime and its allies; most notably the forced mass displacement and bombardments using all types of internationally prohibited weapons, including chemical weapons. He called on the Americans to step up support for the population who have been forcibly displaced from different areas in Syria, including most recently those who were displaced from northern rural Homs, rural Hama and eastern Ghouta near Damascus.