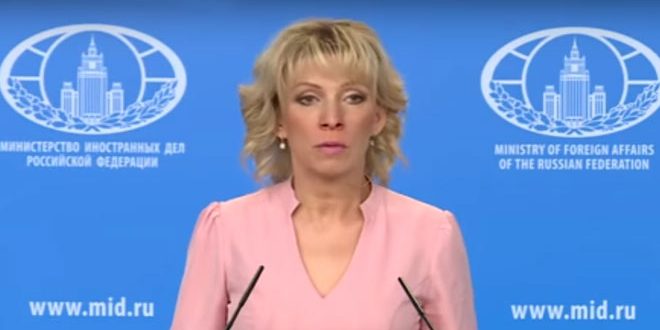 Russian Foreign Ministry Spokeswoman Maria Zakharova hinted at attempts to torpedo the work of the Organization for the Prohibition of Chemical Weapons (OPCW).

Speaking at a briefing in Moscow on Wednesday, the Russian diplomat said the Western initiative to convene a special meeting of signatories to the Chemical Weapons Convention, is a ‘reckless and malign step’ against Damascus and Moscow.

“We are well aware that the United States and Great Britain, as well as France, Germany, Canada and Australia, have embarked on another anti-Russian operation that may damage the integrity of the Chemical Weapons Convention and the credibility of the OPCW,” she said.

Zakharova cited one incident dating back to 2002 when a special session of the OPCW was called at the request of the US and its allies to dismiss the OPCW Technical Secretariat Director General, the Brazilian Jose Bustani, who was out of favour in Washington.