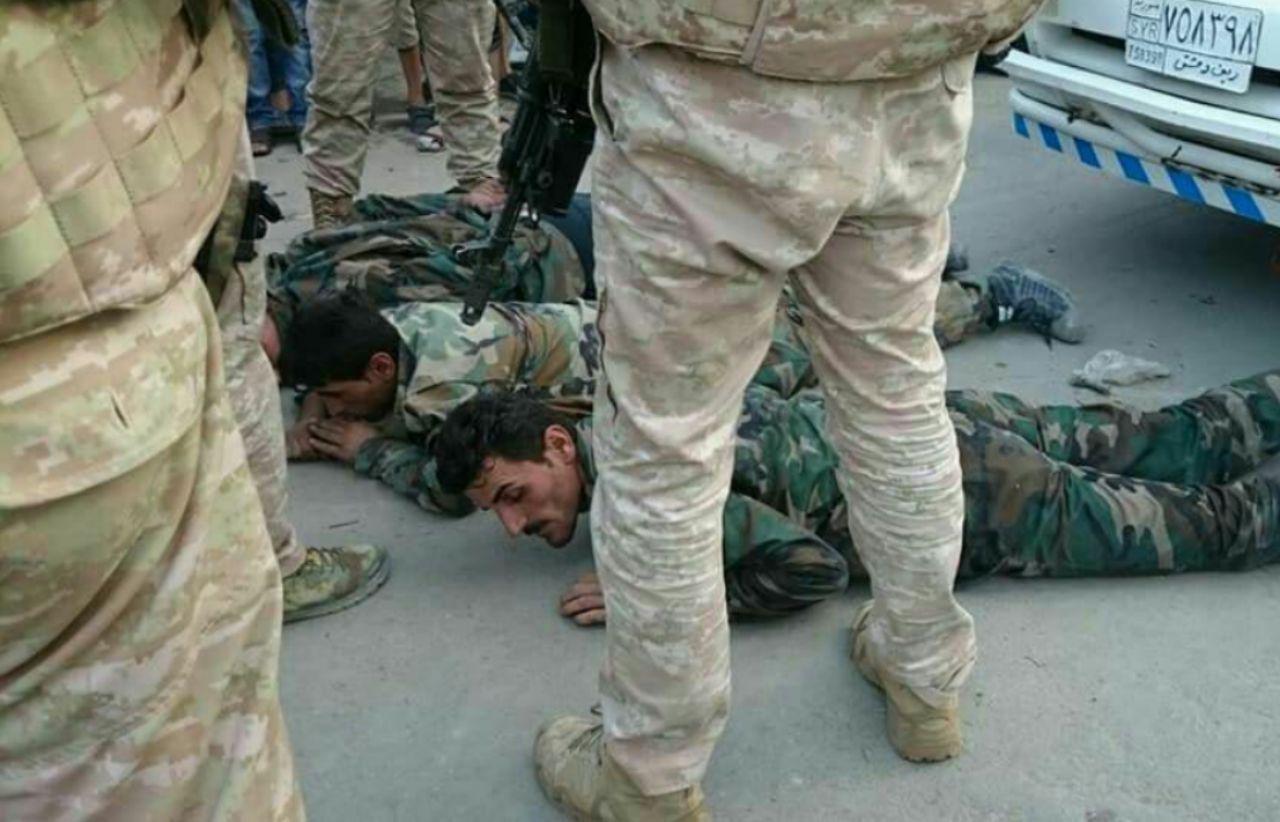 Russian military police on Saturday arrested members of the Syrian regime forces as they attempted to flee from Babila, south of Damascus, with their cars full of electrical equipment and steel and aluminium items that they had stolen from the area.

Pro-regime activists on social media published images showing Russian military police pointing their weapons toward regime forces who were lying on the ground. Observers commented that the photo showed “unprecedented Russian humiliation of regime forces,” after confiscating “looted” items from the two cars.

The images also showed household goods alongside quantities of steel and aluminium which were stolen by members of the regime from the houses and shops of civilians from towns south of Damascus. These towns have recently made reconciliation deals with regime forces allowing opposition fighters to withdraw, alongside civilians who have also rejected these deals.

During the arrest for looting, Russian military police struck an officer from the Syrian regime forces, in view of a number of his fellow soldiers and civilians. This sparked anger and resentment among regime loyalists who considered this behaviour to be an insult to the officer and his soldiers.