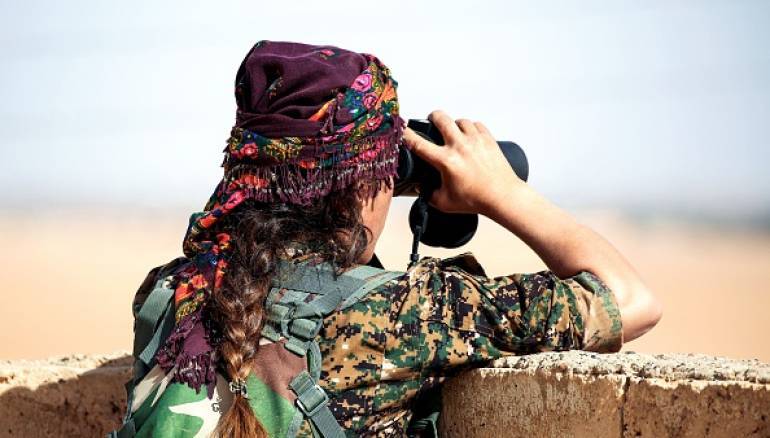 The YPG-led alliance took two villages near the town of al-Shaddadi in the southern countryside.

Backed by US and French artillery, the SDF launched a major offensive on the last ISIS pockets near the Iraqi border. Since Sunday, clashes have been underway between near the towns of al-Dshaisha and Tel Shayer.

On Thursday, the SDF seized three villages and seven farms in the southeastern countryside of Hasaka,

At least 20 civilians were killed this week by the US-led airstrikes on al-Dshaisha and tel Shayer, activists said.

The US-led airstrikes have killed more than 2000 civilians and have displaced thousands more, according to the United Nations.

Three US soldiers were also killed in Hasaka during an attack by ISIS.

The attack occurred near the town of al-Shaddadi on Wednesday when ISIS targeted a US armored vehicle with a guided rocket, activist Mohamed al-Kheder told Zaman al-Wasl.

At least 13 US soldiers have been killed northeastern Syria in the past three months.

ISIS has resorted to guerrilla tactics since it abandoned its goal of holding territory and creating a self-sufficient caliphate that straddled Iraq and Syria.