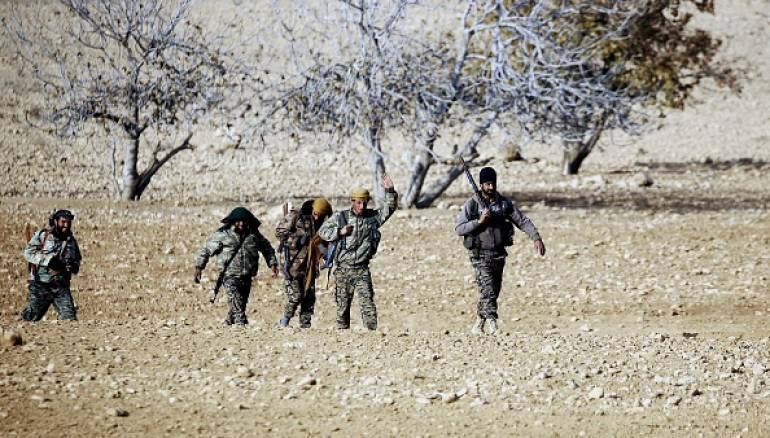 US-backed Syrian Democratic Forces (SDF) on Saturday seized the town of Tal al-Shayer from the Islamic State (ISIS) in the northeastern province of Hassakeh, activists said.

The next step for the SDF after Tal Shayer is the town of al-Dshaisha, according to activist Mohamed al-Kheder.

Tal al-Shayer lies in a small pocket still held by ISIS fighters near the Iraqi border in the south of Hassakeh.

Two weeks ago, backed by US and French artillery, the SDF launched a major offensive on last ISIS pockets near the Iraqi border.

The YPG-led alliance seized control of seven villages in the southern countryside of Hassakeh last week.

Earlier this month, the coalition admitted to nine more civilian deaths, making a total of 892 civilians it acknowledges to have killed since it intervened in Iraq and Syria in 2014.

Monitors like the Observatory and Airwars, as well as rights groups say the toll is much higher.

ISIS has lost most of its territory since it declared a caliphate and seized large swathes of Syria and Iraq in 2014.

ISIS has resorted to guerrilla tactics since it abandoned its goal of holding territory and creating a self-sufficient caliphate that straddles Iraq and Syria.

More than 400,000 people have been killed since the Syrian civil war began in 2011, mostly at the regime's hands.