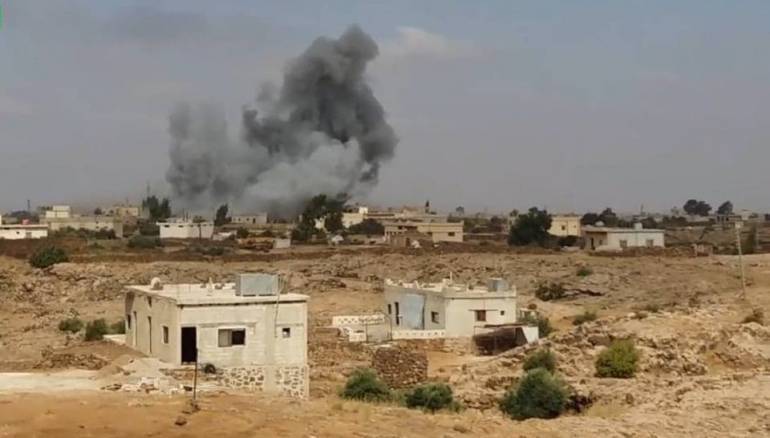 A senior military commander was killed yesterday in a rebel ambush, which also claimed the lives of a dozen other regime soldiers.

Brigadier General Mazen Barakat, the commander of the infamous Battalion 242 was killed on Tuesday while he was moving with his battalion towards the southern province of Daraa.

Rebels have been on high alert as regime forces backed by allied militias have been mobilizing troops to launch a major offensive in southern Syria despite warnings from Washington, local sources said.

The strategic region of al-Lajat, including the town of al-Masika, has been rocked by hundreds of artillery shells, Abou al-Walid, spokesman for Alwayat al-Omari, told Zaman al-Wasl.

Field sources said Bashar al-Assad's forces plan to seize the strategic hilltop of al-Harra in the western countryside as well as isolating the rebels in the al-Lajat region that lies on the border with Jordan.

In statement issued on Monday, al-Omari Brigades said that regime forces seek to stir sedition between opposition-held areas and the Druze-dominated province of Suweida.

Bashar Assad's forces have recovered swathes of territory from rebels with the help of Russian air power and Iranian-backed militias, and he has repeatedly pledged to take back "every inch” of Syria according to Reuters.

Assad said last week that his regime was still pursuing a political solution for Syria's rebel-held southwest, but would use military force if the effort failed.