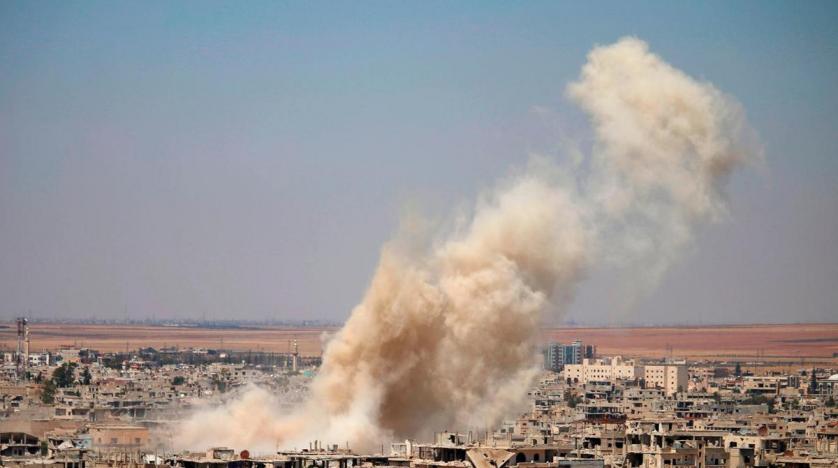 The Syrian regime’s offensive, with Russian aerial cover, on the southern province of Daraa, is part of a series of understandings between Washington and Moscow over the war-torn country, revealed western diplomatic sources to Asharq Al-Awsat.

The two sides agreed to return the regime forces to the South in return for the departure of opposition factions to Idleb and Iran’s complete exit from Syria.

The understandings over southern Syria will be on the agenda for the upcoming summit between US President Donald Trump and Russian President Vladimir Putin in Helsinki on Jul. 16, 2018.

US National Security Adviser John Bolton was in Moscow on Wednesday where he met Putin and Foreign Minister Sergei Lavrov ahead of next month’s Trump summit, which will be held after a NATO meeting in Brussels scheduled for Jul. 11 and 12, 2018.

Trump and Putin are expected to give priority to the formation of a government, opposition and civil society committee and for carrying out constitutional reforms to pave the way for presidential and parliamentary elections in 2021. They will also voice support for the efforts of United Nations special envoy to Syrian Staffan de Mistura to form a constitutional committee that can tackle these reforms.

The current American and Russian agreement implicitly means accepting the continuation of Bashar al-Assad as the head of the Syrian regime despite ongoing statements opposing his rule. The latest of these remarks came on Wednesday from US Secretary of State Mike Pompeo, who said that there can be no peace with Assad and Iran in Syria, said the western sources.