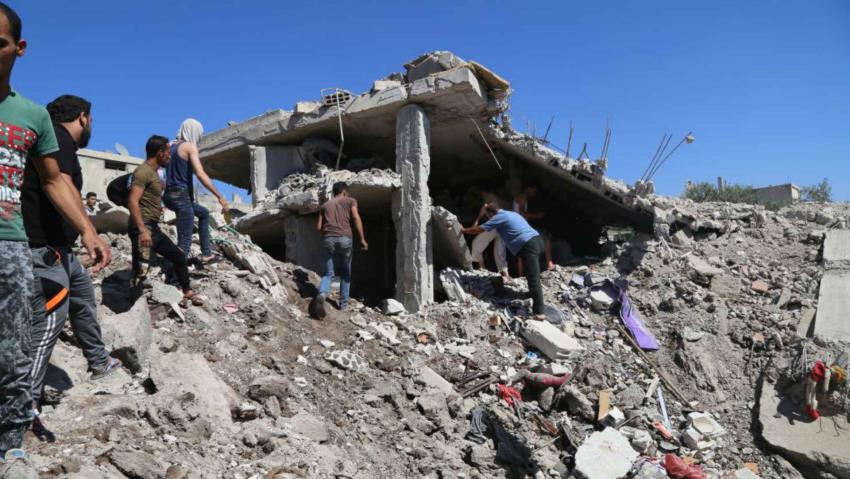 The UN Security Council will hold an emergency meeting on Thursday to discuss the Syrian army's Russia-backed offensive against rebel groups that has forced some 300,000 people to flee, diplomats said.

Sweden, which holds the rotating Security Council presidency, requested the closed-door meeting along with Kuwait, Swedish diplomats said on Tuesday.

The United Nations estimates that between 270,000 and 330,000 Syrians have fled since Jun. 19, 2018, as the bombings in the southwestern province of Daraa continues.

For Thursday's meeting, the UN Office for the Coordination of Humanitarian Affairs will report to the 15 Council members about the humanitarian situation in Daraa, which borders Jordan.

The increased violence "indicates yet another failure by the parties of the conflict to protect civilians and civilian infrastructure," Sweden's UN mission said.

"Efforts must be intensified to de-escalate violence, also to enable the UN cross-border convoy from Jordan that is on standby at the border to deploy as soon as possible."

Jordan and Israel have said their borders would remain closed, even as tens of thousands of Syrians flee the government offensive.

Jordan, which has recorded some 650,000 Syrian refugees on its soil to the UN, says it can no longer accept more.

"Intense air and ground based strikes have reportedly continued in multiple areas in Syria's Daraa Governorate, resulting in the death and injury of civilians and the largest displacement in the area since the conflict began," UN deputy spokesman Farhan Haq told reporters.

"The situation for internally displaced people at the Jordanian border is precarious, aggravated by dusty desert winds and high temperatures of up to 45 degrees Celsius (113 Fahrenheit)."

He pointed to local reports of at least 12 children, two women and one elderly man who have died near the Jordanian border from scorpion bites, dehydration and disease spread through contaminated water.

Haq said the Office of the United Nations High Commissioner for Human Rights had urged Jordan to open its border and for other countries in the region to welcome the civilian refugees.

More than 350,000 people have been killed since Syria's brutal civil war began in 2011, with millions more displaced. All international calls to halt the offensive in Daraa have so far fallen on deaf ears.