Clashes with ISIS, returning refugees, ceasefire deals and phosphorus attacks. Catch up on everything that happened over the weekend. 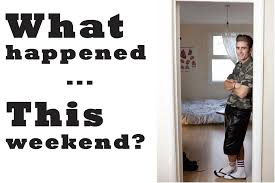 The US-backed Syrian forces pressed new gains against the Islamic State (ISIS) in northeastern Hassakeh province, taking two villages, local activists said Friday. The Syrian Democratic Forces (SDF) backed the US-led coalition airstrikes have seized the villages of Qabr Taha and al-Madina east of the Kurdish-held town of al-Shaddadi. Clashes are still underway between the SDF and ISIS in the Twaimin district near the city of Hassakeh, according to activist Mohamed al-Kheder. [Zaman al-Wasl]

A forum of clans and tribes in Aleppo province asserted solidarity with the Syrian Arab Army in its war against terrorism and facing foreign interference in Syria’s affairs, sovereignty and territorial integrity. Arab and Kurdish tribes in Aleppo stand in same trench with the Syrian Arab Army led by President Bashar al-Assad, which is facing aggressive actions by Turkey and its backers, particularly the US and France and other Western states and in combating terrorism until all illegitimate forces from Syria are eliminated, the Clans and tribes said in a statement at the end of their forum held Saturday with the participation of 55 tribes and clans.[SANA]

Thousands of displaced Syrians were heading home Saturday after rebels and the government reached a ceasefire deal in the south following more than two weeks of deadly bombardment. Under the agreement announced Friday after talks between rebels and regime ally Moscow, opposition fighters will hand over territory in the southern province of Daraa near the Jordanian border. More than 150 civilians have been killed during the regime bombing campaign on Daraa since Jun. 19, 2018, the Observatory says, and trust in the government does not run high. [Asharq al-Awsat]

The forces of the regime stationed in the town of Jorin has targeted the town of Badama, near Jisr al-Shughour, with rocket-propelled grenades loaded with phosphorus. Seven people, including women and children, were injured. The bombing came as a Turkish convoy loaded with logistical equipment was entering the area. [al-Ittihad]