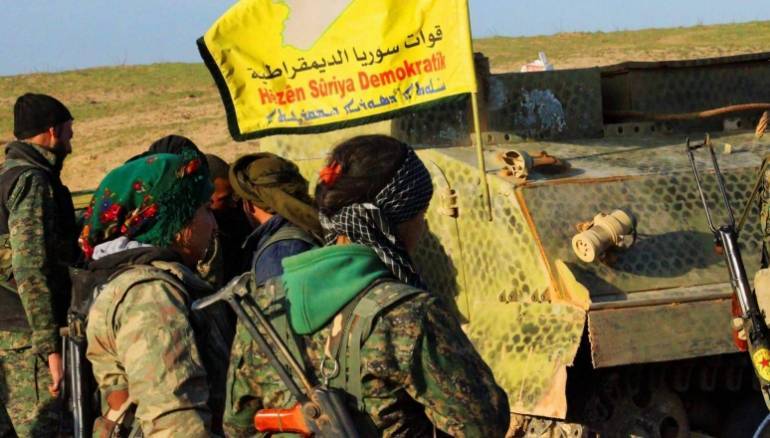 Tensions have been raised between the powerful Democratic Union Party (PYD) militia and regime forces in the northeastern city of Hassakeh when the Kurdish forces banned regime troops from passing through their checkpoints in the city suburbs, local activists said Sunday.

The move followed the arrest of Kurdish fighters by pro-regime National Defense Units, according to activist Malaz al-Yousef.

The latest gains by regime forces and allied militias in central and southern Syria have sparked concerns among Kurdish commanders who think the next step will be their territories.

Kurdish leaders have expressed their readiness to negotiate with Damascus and drop their historic dream of an autonomous state and to have a local administration with full powers.

The SDF, backed by US-led coalition airstrikes, have seized the villages of Qabr Taha and al-Madina east of the Kurdish-held town of al-Shaddadi.

In the next-door province of Deir ez-Zor, the People's Protection Unit (YPG) fighters have also made gains over the past week. Activists said the SDF had seized seven villages from ISIS along the border with Iraq backed by French and US airstrikes.

Also in Deir ez-Zor, the YPG-led forces have arrested about 100 people, saying they have links with ISIS and the regime.

The intelligence service of the SDF has carried out a major arrest campaign in former ISIS areas, tracking people mostly from the tribal areas, activist Taj Allow told Zaman al-Wasl.