The offensive to recapture the southern province of Daraa has displaced up to 320,000 people reports SANA 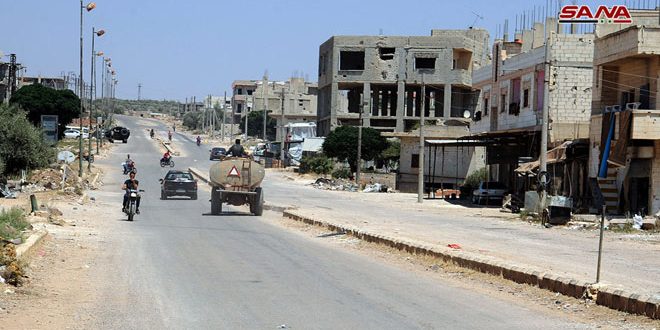 Thousands of citizens returned to their homes in the town of al-Naima in the eastern countryside of Daraa after it was liberated by the Syrian Arab Army.

SANA’s reporter in Daraa said that about 7000 people returned to their homes in al-Naima town, four kilometres to the east of Daraa city, after the Syrian Arab Army cleansed it of terrorists who had displaced the town’s inhabitants into neighboring areas.

One of the town’s dignitaries, Hussein Aboud, told SANA that the town needs to have its infrastructure rehabilitated after it was subjected to sabotage by terrorists.

On Jul. 6, 2018, the Syrian Arab Army regained control over the town of al-Naima on the eastern outskirts of Daraa city after rooting out the last hotbeds of terrorist organizations in it.