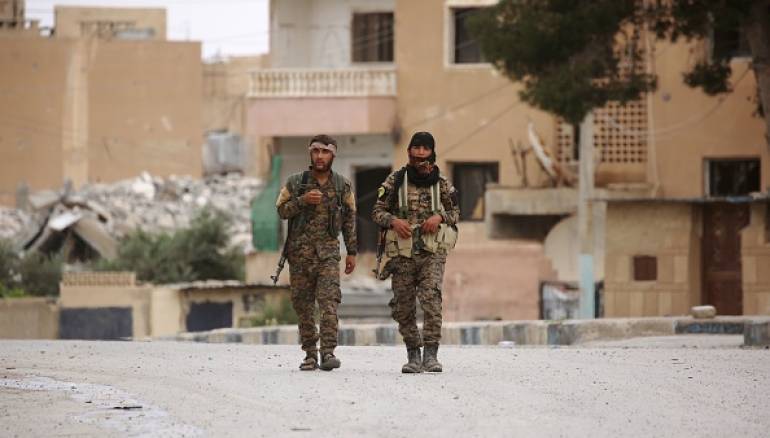 The attack on the Syrian Democratic Forces (SDF) took place in the village of al-Zer east of al-Basira town.

A young boy also lost his life in the Islamic State (ISIS) suspected attack, according to activist Taj al-Allow.

In response, the SDF began a campaign of arrests in the village and imposed a curfew.

Three more SDF fighters were killed on Monday in a similar attack in the town of al-Huwaij, al-Allow said.

This week, the SDF backed by US-led coalition airstrikes reached the town of al-Hajeen. Senior Daesh fighters have withdrawn to the town of Almu Hassan.

The YPG-led forces have also made gains against ISIS east of Markada town, taking three villages.

Five towns on the eastern bank of Euphrates River are still under ISIS control. The tiny territory has endured to major offensive by Kurdish forces since June.

The SDF, which the Kurdish YPG militia spearheads, has been the main partner of the US-led coalition against ISIS in Syria, helping drive the jihadists out of swathes of northern and eastern Syria last year.