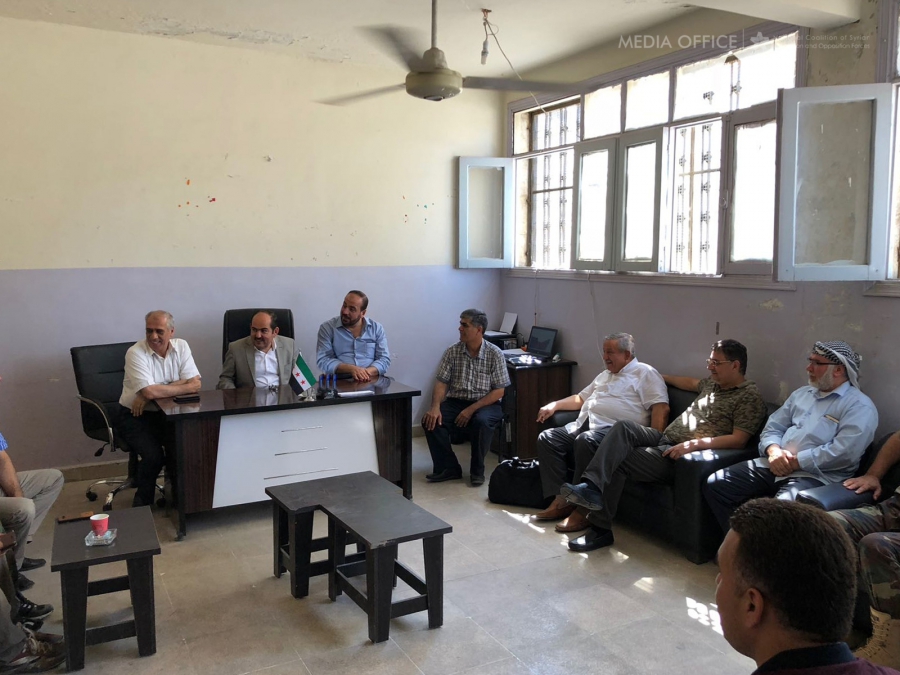 The delegation reviewed the work of the institutions providing essential services to residents and examined the living conditions in the area. They also met with a number of families who briefed the delegation about the major problems and challenges facing them.

The delegation also met with the heads of local councils in the area and representatives of the military police at the office of the local council in Afrin.

President Mustafa stressed the need to develop the work of local councils and strengthen the role of the civilian police to restore stability in the region. He pointed out that life in Afrin began to return to normalcy after the ouster of the PYD militia with the support of the Turkish army.

Mustafa added that a large number of residents of Afrin have returned to their areas and homes after the consolidation of security and the rehabilitation of institutions. He underscored that this helped restore normalcy to the area and the develop civil administration systems in the areas in which the Syrian Interim Government operates.