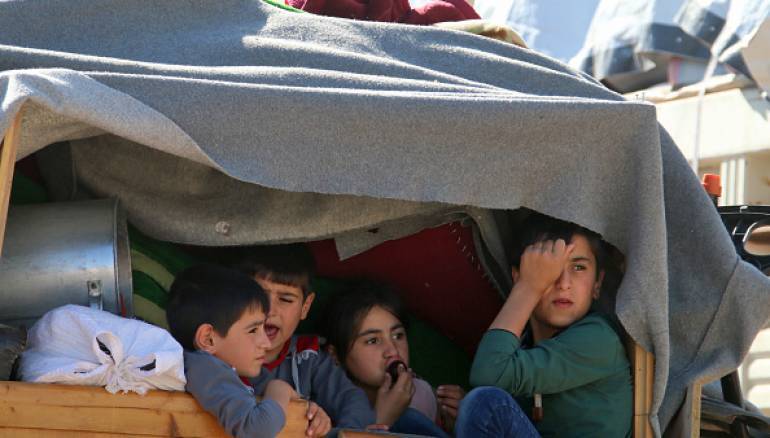 Next week will see the fourth batch of refugees return to Syria from the Lebanese border town of Arsal, making the number of voluntarily returned refugees to 2600.

The new batch of refugees is due to enter Syria as the evacuation procedures by the Lebanese General Security ends.  Most of the refugees are from the western Qalamoun region.

Lebanese security has formed several committees to register the refugees who want to return in order to send the lists to Damascus to get the regime’s approval.

Hezbollah has provided guarantees that the refugees will not be prosecuted and will receive immunity from the regime if they agree to return to Syria.

On Monday, about 700 refugees who had been living near Arsal returned to their towns in the western Qalamoun region which overlooks the Lebanese Bekka Valley.

But the tough arrest campaign by the Lebanese security has pushed hundreds of refugees to move back home as fighting there subsides.

The Syrian regime has called on refugees to return, saying it has successfully cleared large areas of "terrorists," according to AP.

A survey conducted by Zaman al-Wasl on a random sample of 210 refugees in the camps of Arsal, showed that 92% of the refugees had refused to return, while 8% had agreed to return to the towns that they described as safe in the western Qalamoun.

The appeal for refugees to return reflects the regime's growing confidence after more than seven years of war. Syrian regime forces, with crucial support from Russia and Iran, recently retook large areas near the capital, Damascus, and are waging a new offensive in the south. The regime refers to all armed opposition groups as terrorists.

Over 5.6 million Syrians have fled the country. The Foreign Ministry says many internally displaced have already returned home, urging refugees to do same.

Syrian refugees in Lebanon have called on the UN refugee agency to protect them from the abuses of the Lebanese security services, which have used the identity of UNHCR employees to trick refugees in its latest arrest campaign.

A number of Syrian refugees told Zaman al-Wasl that the Lebanese security members have been claiming that they are workers for the UNHCR, in order to interrogate the refugees covertly, so they can be arrested later.

The new violation of human rights and the moral low, followed Lebanon's call for refugees to return to Syria's Assad.