The closure of a field hospital, Syrian-Russian business opportunities, rebel attacks and accusations against the Turkish. Catch up on everything that happened over the weekend. 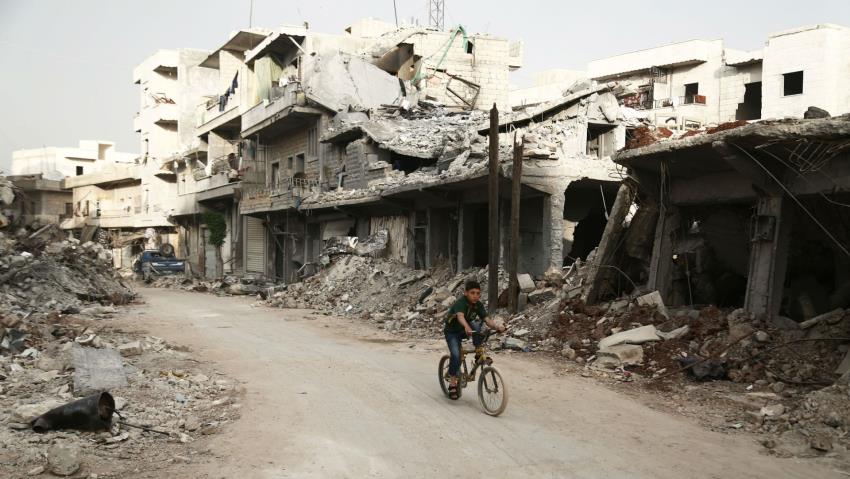 1. Israel has closed a field hospital set up near the Syrian border to treat the sick and those wounded by the conflict ravaging the neighbouring country, the army said on Friday. The day clinic was set up in August 2017 and since then had provided medical care to some 6,800 Syrians, the army said in a statement. "Forces began evacuating and folding the clinic's compound," the statement said, without explaining why it was being shut down after a year. [al-Araby al-Jadeed]

2. With the participation of 70 Russian companies, the second Syrian-Russian forum is due to be held on the second day of the 60th Damascus International Fair, scheduled for September. During this forum, participants will discuss investment, trade and tourism opportunities in Syria, especially the ones related to the reconstruction phase. Head of Syrian-Russian Businessmen Council, Samir Hasan, affirmed the importance of holding the forum during the Damascus International Fair, which will consolidate the strategy of Syrian-Russian cooperation and pave the way for the development of trade and economic ties in various industrial, construction, tourism, energy and service domains. [Tishreen]

3. At least 22 Syrian regime fighters were killed in an ambush claimed by the opposition armed groups, field sources have said. The Turkish-backed rebels struck regime forces on the eastern front of Latakia province, Bashar al-Assad’s hometown. The slain fighters were operating in the Tiger elite forces, led by Brigadier genral Suhail al-Hassan, the most powerful paramilitary group in Syria. Regime forces have sought to uproot rebels from their last stronghold in northwestern Hama province at the gate of Alawite-dominated Ghab Plain. [Zaman Al Wasl]

4. Amnesty International on Thursday accused Turkish forces of allowing Syrian armed groups to commit major rights abuses in the northern region of Afrin, urging Ankara to end the violations immediately. Turkey and allied Syrian rebels seized control of Afrin earlier this year after a military operation dubbed “Olive Branch" which ousted a Kurdish militia that is an ally of the United States but Ankara regards as a terror group. Amnesty said that, since the takeover, residents in Afrin had been "enduring a wide range of violations" which Turkish armed forces "turned a blind eye" to. "These violations include arbitrary detentions, enforced disappearances, and the confiscation of property and looting," Amnesty said. [Amnesty International]