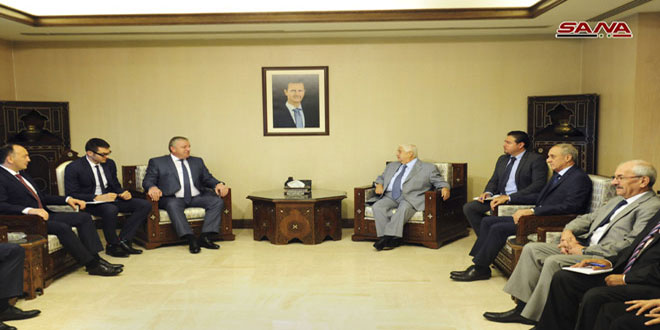 Talks during the meeting underlined the importance of enhancing bilateral relations between the Syrian Arab Republic and the Republic of Abkhazia in all domains.

Minister al-Muallem stressed that this visit reflects the mutual interest of Syria and Abkhazia in strengthening bilateral relations.

He added that during the visit a number of the bilateral agreements to be signed soon will be discussed, adding that these agreements constitute an important framework for enhancing the bilateral relations in a way that would serve the interests of the two friendly countries and peoples.

He affirmed the desire of the Abkhazian side to develop bilateral relations with Syria in all domains.