Idleb is covered by a de-escalation zone agreement between Turkey, Russia and Iran, but the regime has vowed to retake the province writes Sada al-Sham 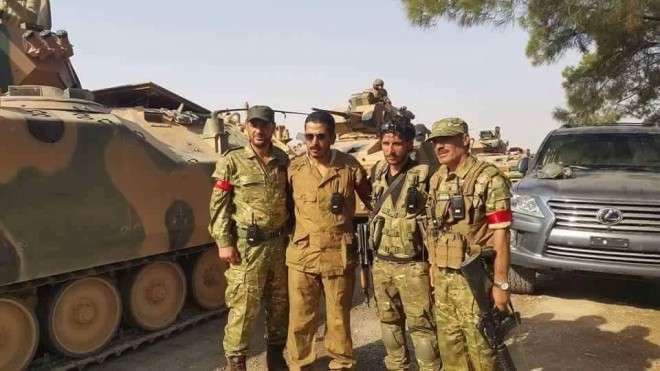 On Wednesday, at a Turkish base in the Hama countryside, Turkey reassured a delegation of notables from the northern Hama countryside and southern Idleb countryside that there will not be a regime military operation against the area, and promised that the situation in the area will improve in the coming two days.

Sources who attended the meeting with the delegation said that the Turks called for the meeting with the area notables, who came from the villages and towns of Atshan, Sakik, al-Tamanah, al-Khowein, Um al-Khalakheel, and others. They were informed by Turkish officers that the Assad regime was not abiding by what Turkey and Russia had agreed and that there would not be a regime advance in the area.

Regarding Turkish Foreign Minister Mevlut Cavusoglu’s statement about fighting “terrorism” in Idleb, the Turks said that the statements were translated incorrectly and that the Minister had literally told his Russian counterpart: “We will not allow Idleb to be bombarded on the pretext of terrorism. The terrorists have been identified to us and we will deal with them.”

The source added that the Turkish side had considered the recent regime escalation and military mobilization as part of a psychological war and said that rebel groups were ready for any emergency, with positions reinforced and orders given to respond to any breach.

The meeting was held at a Turkish observation point in the city of Murak.

Since the start of this year, the Turkish army has set up 12 observation points in Idleb in accordance with the de-escalation zone agreement with Russia and Iran.

On Tuesday, the Turkish Foreign Minister said during a meeting with his Russian counterpart Sergei Lavrov that they had agreed that the issue of Idleb needed to be resolved jointly.

Cavusoglu said that bombing Idleb and civilians on the pretext of the presence of “terrorists” meant carrying out a massacre, and expressed his hope of finding a solution for Idleb in cooperation with Russia.

This came in parallel with the arrival of reinforcements to the observation point in Murak and the entry of Russian military police to the Murak and Qalaat al-Madiq crossings, and their reception by the side controlled by the Assad regime and its militias.