The Syrian Observer sat down with Nasr al-Hariri to discuss the work of the Constitutional Committee, the prospect of upcoming elections and the steps needed for peace and stability in Syria. 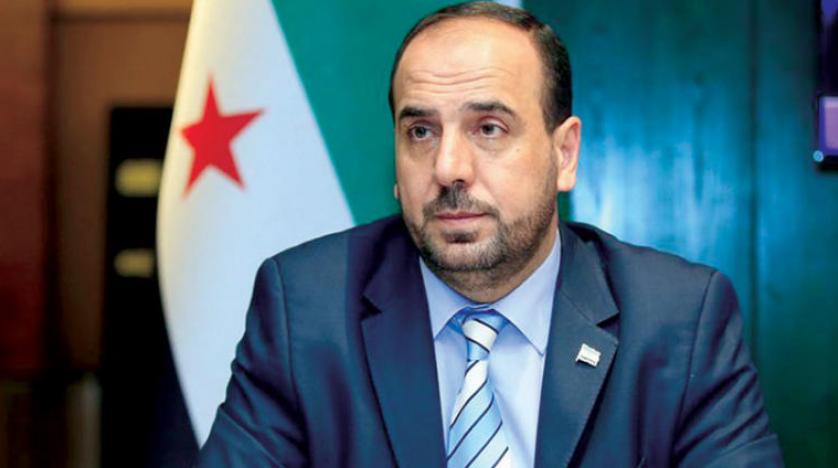 The regime withdrew from the small committee meetings. Were you hoping that they will work with you on the new constitution?

To start, we are engaging in a political process. Our principle is to try to exploit every opportunity that could lead to a political solution. Not any solution, but the political solution based on the Geneva Declaration and Security Council Resolution 2254, which achieves a political transition in Syria, based on political and humanitarian measures. The humanitarian provision is based on achieving the release of all prisoners, allowing the safe return of refugees and the displaced, and stopping kidnappings, assassinations, and blackmail. The political measures should achieve a fully-empowered transitional body, write a new constitution for the country, run parliamentary and presidential elections on the basis of the Geneva Declaration and Security Council Resolution 2254—which calls for these elections to be held under United Nations monitoring and in a way that corresponds to the requirements of governance and the highest international standards of integrity and transparency, and includes all Syrians, including those who were expelled. Between this and that, our position remains also calling for the achievement of transitional justice that holds criminals to account for the war crimes and violations to human rights they committed in Syria.

Therefore, we are always ready to start discussions of the issues noted in Resolution 2254. We do not have any problem with where we begin: It can be any of the points noted in the resolution. Previously there were attempts to start with humanitarian issues, or with the issue of the transitional governing body. Then there was agreement on the Constitutional Committee, which met for the first time, with major and unprecedented international support. Our serious and sincere stance was to help in making this step a success, and we still want this step to succeed, because we support any step that reduces the suffering of Syrians. You and the whole world know that since 2011 we have not seen an honest desire to reach a political solution—not internally from the regime, nor, externally, unfortunately, on the international level. The international community’s positions and interests in Syria have been intertwined so that they have only led to complicating the Syrian issue and increasing the suffering of Syrians inside and outside the country.

We agreed to take part in the Constitutional Committee given that writing a new constitution for the country was one of the steps included in Resolution 2254 and the Geneva Declaration, and so we accepted entering into this as a way to achieving the other steps. We accepted in good faith, attempts to make the work a success because we want to put an end to the suffering and killing of Syrians and their expulsion and the destruction of their homes.

But we are not naive. We know that there are very difficult challenges facing the committee’s work—most serious of which is the lack of an opposing party that is trying to achieve what’s good for Syrians, and not just continue its rule over Syria. We expected the regime delegation not to obstruct the work of the committee, especially given that international support was strongly seen at the limits of forming the committee. It needs to be pursued with the same strength, to try and push the committee forward and to help the efforts of the United Nations and its special envoy in their difficult task.

With regards to the agenda, what is the problem? Why is the regime using this as an excuse to obstruct the committee’s work?

With regards to the agenda, we have contacted the international envoy and discussed the agenda with him. We sent him an objective agenda, starting with discussing the basic principles of the constitution’s preamble and the matter of individual rights and freedoms. We said that when we achieve progress in this area, we will go into the details, the relationship between the authorities, and so on.

The regime is focusing on political and not constitutional matters. It wants the agenda to focus primarily on political issues, but political issues are not the constitutional committee’s jurisdiction. Their place is in the fourth basket regarding the Geneva Declaration and Resolution 2254. We called for, and continue to call for, Mr. Pedersen to immediately start activating the other baskets and issues included in the Security Council resolution and to start activating the issue of prisoners, and open up negotiations in matters of transitional governance, elections, terrorism and security, as everyone agrees that the process can start with the Constitutional Committee, but cannot be reduced to that. But the regime’s aim, as usual, is to waste time and to keep the Constitutional Committee away from its specified tasks and powers.

What’s the next step?

Firstly, the revolution does not only exists in the political process. From our side, when we agreed to participate in the committee, we expected these positions from the regime. We are not so simple as to expect that the committee would bear fruit from one meeting. But we also will not allow an endless amount of time. For example, our discussions today (Tuesday) with Pedersen focused on the agenda. The talks achieved progress, and if it fails, the ball returns to the court of the Security Council, Astana and the Small Group.

If the Constitutional Committee succeeds, what about the other issues?

The constitution alone isn’t enough. The Negotiations Committee will bear its duties, and everyone has to think about what they can do alongside the Constitutional Committee, because the matters are related. Achieving other successes can help achieve constitutional work.

In terms of preparatory negotiations, do the representatives of civil society in the small committee play a role at this stage?

As you know, the representatives of the third bloc are not united. There are those who are closer to the regime, and others who are closer to the people. There are those in the middle, who lean towards one or the other from time to time. But in general, the civil society representatives have a notable role and have put forward papers related to the political process, including humanitarians aspects and prisoners, displaced, and so on.

We are a year and a half from the end of Bashar al-Assad’s term, and there will be elections in 2021—where do you stand on this?

I think that if matters are left to the Syrian regime, they will head towards a repeat of the well-known farce of the Syrian elections that achieved results of 99 percent. It is indifferent to the suffering of Syrians, whether they are displaced or in opposition areas, or suffering in the areas under their own control.

But we hear that the international community has established 2021 as a deadline. My subjective view is that the deadline is very short. Resolution 2254 gives six months for a Syrian-led political process facilitated by the United Nations, to establish a credible government that includes everyone and not based on sectarianism, and set a timeline and process to formulate a new constitution. Then there is a deadline of 18 months for free and fair elections to be run in accordance with the new constitution under the supervision of the United Nations. That is, the resolution gives a deadline of 24 months in the best case—so how could negotiations go in this way? Before the elections there has to be a comprehensive political solution changing everything that is happening. The biggest factor here is whether there is an international conviction to help develop a roadmap with a clear timeframe without specific binding dates. Now there are UN efforts in this respect, and we see that Pedersen is trying to set up an inclusive international platform to oversee this.

Even with UN monitoring, how can a Syrian living in a village in Germany, for example, take part in the elections in Berlin or Frankfurt when he can’t afford a train ticket or travel?

This is good question and the answer is difficult. Even the United Nations, which has previous experience in this field, finds it hard to answer. But if the preparation is good, the difficulties will be less. How can we prepare well? Resolution 2254 specifies two parts to the political process—first, the political transition map before the elections establishes a fully-empowered governing body and then after the elections. Now if the first phase is achieved, many issues for Syrians in the diaspora will be resolved, and a decent number of refugees will return home. Therefore the task of communicating with those who will not return will be easier. But if we go to the second phase without the first phase, I think that even someone living adjacent to a polling station will not bother to vote because the results will be predetermined. If the polling stations are sufficient in number and are well-distributed, this will ease access. In the Negotiations Committee’s elections committee, we are studying all means of saving time and effort and money.

There are those who note that the proportion of lawyers in the opposition delegation is smaller than in the regime delegation. What is the reason for the lack of competencies, or is it because of political quotas?

I can confirm that the reason is not a lack of skills, as displaced Syrians include a large number of legal, constitutional and other skills. But we want our delegation to be mixed and to represent regions, movements and specialties. Let us remember that drafting a constitution is not just a technical legal matter, but is also political and social. Therefore, the delegation includes politicians selected in Geneva negotiations who know Resolution 2254 well, and also legal figures we consider to be competent. But for the sake of precaution, the negotiating delegation was equipped with a supporting delegation of advisers who are constantly with the negotiating delegation.

But of course I will not deny there is something of a “quota” in the delegation’s representation and that the delegation had to also represent all the revolution and opposition forces.