Assad once again indicated he had no intention of quitting, saying he might run for re-election in 2014 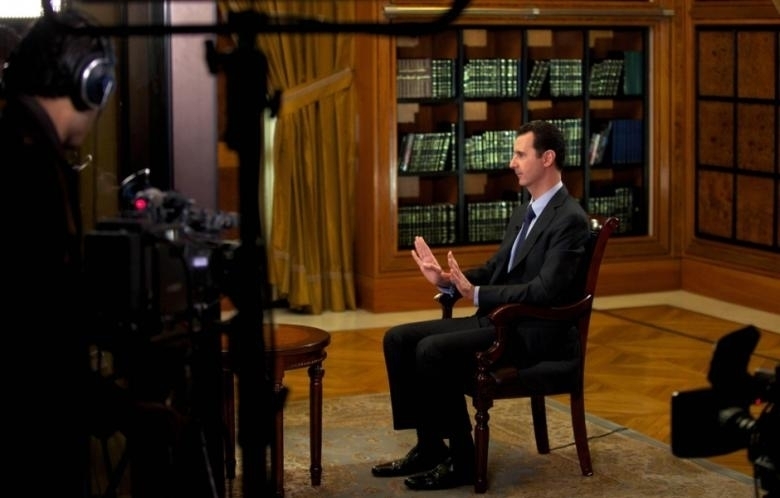 Syrian President Bashar al-Assad said in remarks broadcast Monday no date had been set for an international conference on ending his country's civil war and cast doubt on whether it could succeed if held now.

With Western and Arab countries hoping the talks can start a political transition that would see him leave office, Assad once again indicated he had no intention of quitting, saying he might run for re-election in 2014.

Arab League chief Nabil Elaraby said on Sunday after meeting international envoy for Syria Lakhdar Brahimi that the peace conference, known as Geneva II, was scheduled for November 23. Brahimi said the date had "not been officially set."

Remaining confident and animated throughout the two-hour interview, Assad told his interviewer: "There is no date so far … and current factors do not help in holding it."

He said opposition groups that had been invited to the talks represented foreign powers rather than Syrians.

Assad has refused to recognize as legitimate the National Coalition opposition umbrella group, which insists on his ouster.

"How can these forces represent the Syrian people if they live abroad. They don't dare to come to Syria… But claim to control 70 percent of Syrian territory," through fighting on the ground, he said.

He has also repeatedly accused the Coalition of working under the orders of regional and Western backers.

"The solution (to Syria's war) must be a Syrian solution, regardless of whether foreign powers recognize it. It doesn't matter. What matters is that the Syrian people recognize it," said Assad.

"The issue is a Syrian issue… Whether the conference is held or not is not what matters most. The most important issue is, should the conference be held, will it succeed or not? That is the question. And up until now, the factors are not yet in place for it to succeed."

Asked whether he would run for re-election, Assad, who succeeded his later father in 2000, said: "My answer depends on two factors. The first is the personal desire, and the second is the will of the people."

"Regarding the first point, the one related to me personally, I don't see any reason why I shouldn't run in the next election."

Kerry, in Paris where he met Arab League representatives ahead of a meeting on Tuesday of the opposition and its Western and Arab backers, warned Assad's re-election would doom the country.

"If he thinks he's going to solve problems by running for re-election, I can say to him, I think that certainly this war will not end as long as that's the case that he's there," Kerry said.

Assad's interview also came as UN-Arab League envoy Lakhdar Brahimi was in Baghdad on the second leg of a regional tour to raise support for the peace conference, which according to the chief of the Arab League should be held on November 23.

The Syrian leader said he would welcome Brahimi back to Damascus as long as "he sticks to his mandate and does not overstep it."

"He is tasked with a mediation mission. A mediator should be neutral," said Assad.

Brahimi has not visited Damascus since late 2012 when he came under harsh criticism from Syrian authorities for urging Assad not to run for re-election.

In the interview Assad also described Syria's branch of the Muslim Brotherhood, a key bloc of the opposition, as a "terror group."

"The years since I came to this position up until the start of the Syrian crisis have proven at several junctures that it is an opportunist group that relies on hypocrisy, not religion," he said.

And he charged that Saudi Arabia, a main backer of the Syrian opposition, was carrying out US policy against his government.

"Does anyone dare to objectively describe (Saudi policy on Syria) as the policy of an independent state? Saudi Arabia is a state that fully implements the policies of the United States," said Assad.