The Majalla speaks to Abdullah Anas 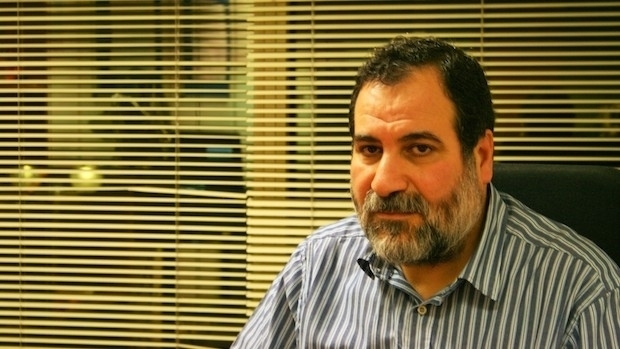 As the situation in Syria grows worse and simultaneously more complicated day by day, the fears of observers of the conflict have become more focused on the foreign jihadists who have travelled to the war-torn country to take part in the fighting. With the chaos unleashed by some of the “Arab Afghans” who joined the struggle against the former Soviet Union’s presence in Afghanistan in the 1980s still fresh in the minds of the world’s intelligence and security services, it is worth looking back once more at the experiences of the members of this group. Few are more familiar with the Arab Afghans and their struggle than Abdullah Anas.

The son-in-law of Abdullah Yusuf Azzam—who became Osama Bin Laden’s mentor when he arrived in Afghanistan—Anas was second-in-command at the Bureau of Services office in Peshawar that supported the Arab Afghans and Afghan Mujahideen. Today, Anas remains proud of the decade he spent involved in the Afghan struggle, and counts Ahmad Shah Massoud and Osama Bin Laden as former comrades in arms.

Before meeting Azzam, Anas was already a founder of the Islamic movement in southern Algeria and worked with Algeria’s leading Islamists Mahfoudh Nahnah and Abbas Madani. He remains a part-time imam and a teacher of the Qur’an, having studied in Saudi Arabia and Algeria. Following his religious studies he took a degree in international politics in the UK. His journey to Afghanistan began when he came across a legal opinion written by Azzam, who argued that it was obligatory for Muslims to fight in Afghanistan. By chance he later met Azzam in Mecca and was invited to travel to Afghanistan with him.

After the departure of the Soviets from the country and the assassination of Azzam in 1992, Anas grew disillusioned by the takfirist ideas that had become increasingly prominent thanks to new arrivals such as Ayman Al-Zawahiri, the current leader of Al-Qaeda. Anas’s role had been to focus on the logistical needs of the Afghan Mujahideen, while the organization that came to be known as Al-Qaeda had a larger agenda, which would become infamous in the years that followed. As infighting broke out among the Afghan Mujahideen, Anas left for Algeria, though his affiliation to the Islamic Salvation Front (FIS) and the subsequent military crackdown that followed its election success in 1992 forced him into exile in France and then the UK.

Today, Anas says he is in the process of writing his memoirs, running a TV channel and working with young people.

The Majalla: Why did the Arab Afghans get along with their local comrades so much more successfully than the foreign fighters in Syria do today?

Abdullah Anas: We realised it was not about carrying Kalashnikovs and calling for fighters. I remember when I came back from my first trip to Mazar-i-Sharif in 1984, and writing a report to Sheikh Abdullah Azzam saying we needed a hundred Muslims with the following skills: aid worker, political [operative], mentor and proselytizer, in addition to being a bridge between the Afghans and the outside world. These men were to be like ambassadors in the twenty-nine provinces of Afghanistan. Unfortunately, we failed in this, otherwise the outcome might have been different.

Q: In what ways were the Arab Afghan fighters different from the ones now in Syria?

The difference is that most are going over [to Syria] just to be martyred. I went to Afghanistan to see it liberated—or to achieve martyrdom. This idea was shared by Sheikh Azzam, Massoud and Bin Laden. We made a positive and constructive contribution to struggle. We didn’t go there just for martyrdom.

Q: How did you deal with prisoners? Did you behead them like we see on YouTube videos from Syria these days?

Prisoners have full rights. We fed them the same food, gave them the same clothes and the same quality of life. After several months, many of the Soviet troops started to believe that they weren’t prisoners because we were on such good terms with them. Through our conduct we showed them we were not bloodthirsty people. Some of them became Muslims, others remain our friends to this day.

The argument that God will forgive you if you execute prisoners because of the dangers is not acceptable. Killing prisoners is a big responsibility. They [the perpetrators] need to stand trial and judgment—without understanding their case one cannot decide if someone deserves to die or not. Unfortunately, this culture has disappeared now. I think the number-one responsibility for this falls on Al-Qaeda.

Q: A lot of people justify the atrocities because they are a result of the trauma of war. Do you agree?

I have heard the argument that we should understand fighters when they commit atrocities because war does that to you. This is inexcusable. I am a fighter of eight years’ experience, I know hundreds of fighters; some of them destroyed 300 tanks, but they never behaved in such a way. They don’t experience post-traumatic stress; they remain serene, forbearing and experience no nightmares. I don’t believe in it. The companions of the Prophet never experienced it.

Q: Some analysts blame the Arab Afghan for all the consequences that we are seeing now. Do you agree with this assessment?

No. Before 9/11 Al-Qaeda used to be known as the Arab Afghans. I am the founder of the Arab Afghans, and of the 3,000 to 4,000 people [there] only 300 people were permanently fighting. The majority of them were in Peshawar, driving, teaching, administrating and so on. In the eyes of our parents or the media you are a mujahid! In Peshawar there are Americans, Brits, international consulates and aid organizations, and we worked with them. Arab Afghans were misrepresented because regimes like that of [former Egyptian President Hosni] Mubarak didn’t want to give people human rights and they cited us as a security risk.

Q: Al-Shaba’ab [in Somalia] was created by the Arab Afghans, were they not?

We have to divide the period into three different eras. Afghanistan from 1979-1992 saw legitimate jihad. From 1996–2001 it was civil war, and from then on up to now is the third era—a civil war. Afghanistan was not under occupation from any foreigners. In situations of civil war, God commands us to resolve the crisis, otherwise we must not be part of it.

Q: Could you explain the ideological differences between Azzam’s vision and Al-Qaeda’s?

Sheikh Azzam would never accept the things that are going on today. He said when any Western journalist, aid worker, official or non-official came to Afghanistan with a letter of invitation it was a trust that had to be honored. There were many Western and Arab governments in Peshawar and Sheikh Azzam told us never to bother them, that they were there to help the Afghans and so were we. Even the communist consulates were never touched in Pakistan because the battle was in the trenches. Houses, cars, women outside of the battlefield, were safe and secure. Unfortunately this is not the case with Al-Qaeda.

Q: Is Azzam’s name being misused?

Everyone who uses Azzam for recruitment will answer for it in the hereafter. They are being selective with his message. I saw a clip on the Internet where Azzam says: “Yes, if defending your homeland is terrorism, then yes, we are proud to be terrorists.” I was there at that lecture in a village in Panjshir [a province in Afghanistan]. The Soviets were calling us terrorists for defending Afghanistan and he was responding to that in his one-hour lecture. This line was taken out of context and applied to all acts of terrorism that are being committed today. It breaks my heart to see one’s best moment being hijacked. However, we must also remember that the political circumstances all over the world support [Al-Qaeda’s] message.

Q: Many who join Al-Qaeda now do so because of Azzam’s example, but do his views apply now?

If someone told me that he wanted to fight in Somalia, Syria or Waziristan now, I would discourage him. I went to Afghanistan when the circumstances were safe. The leadership in Afghanistan had one enemy, the Soviets. We were friends with the West, the Afghan Mujahideen had offices in all the capitals of the West and the Gulf. The jihad was focused. The philosophy of hatred and bloodshed did not exist. Azzam was recognized as the Emir of the Afghan Arab Mujahideen every year he visited the US and Europe and participated in fundraising. He never ever thought about hijacking [planes] or blowing himself up. These circumstances no longer exist. So I fear that young Muslims going to Syria will not be safe, and focused on removing President Bashar Al-Assad. There are intelligence services playing with their noble intentions and Al-Qaeda does not have the same methodology it started off with. Why are they blowing up people in the UK, when jihad does not mean spreading hatred? In the past people would go and fight, and if he was not martyred he would return to normal civilian life without hatred. Now there’s brainwashing, yes, blowing oneself up outside the battlefield.

Q: What is the future of international jihad?

As the Prophet—peace be upon him—says, “Jihad will continue till the end of time,” but the Jihad needs the right context. As Ibn Qayyum says, jihad is divided into fourteen categories, including the jihad of speaking the truth, of studying, of the pen and military jihad. The jihad of the Muslim Ummah [community] is in many of these fields, they want to be rid of dictatorial regimes, to exist in dignity among other nations. This idea of being armed against your government before we start discussing whether it is permissible or not—it has failed already. If you study the past twenty years, all these armed groups, except for jihad in Afghanistan, have failed.

Q: Is armed struggle allowed if governments shut down the democratic process, as happened to the Islamic Salvation Front (FIS) in Algeria?

Thirty years ago, [Egyptian] Islamic jihad, under the leadership of Seyyed Iman [Al-Sharif], argued that change can only be achieved through arms. But the Arab Spring has shown that people want change peacefully. This is the jihad of the word, and I am in that camp.

Q: Why does this not apply in Syria?

When you are compelled to defend yourself, it is totally different from believing in [armed struggle] as a methodology for change. Assad has admitted that for six months the demonstrations were peaceful. This means that the Syrian revolution was a started by civilians. Fighters such as the Islamic State of Iraq and Syria don’t have the same agenda.

Q: A lot of Al-Qaeda followers refer to Bin Laden as a sheikh. Was he religiously qualified?

Osama never thought he was a religious sheikh. Sheikh Azzam had three imams to lead the prayer if he wasn’t there. One was Abu Hajir Al-Iraqi, the second Abu Ibrahim Al-Iraqi, and when neither of them could lead; I would step in. Osama never led prayers or gave sermons. That didn’t mean that in Saudi Arabia he didn’t give eloquent speeches full of poetry, but that was to raise awareness about Afghanistan.