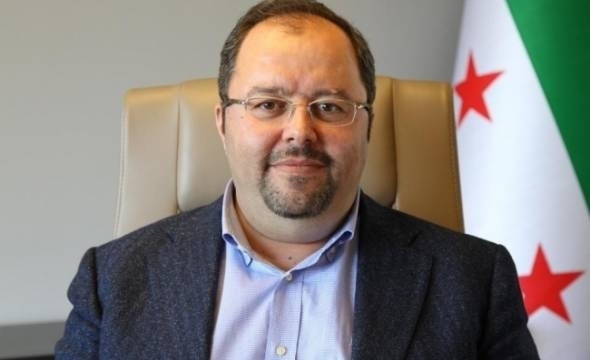 In an interview with Zaman al-Wasl, Syrian National Coalition member Mustafa Sabbagh said that the Coalition confirmed at Geneva II talks its support for a political solution to solve the crisis that meets the demands of the Syrian people to overthrow the regime and stop the bloodshed.

However, according to Sabbagh, the problem is that the Syrian regime refused any solution. He said the regime's arrogance was apparent through its acts even during the conference, when it kept up the bombing of Aleppo, Daraya and other areas with barrel bombs and placed people under a heavy siege which systematically killed them.

“Of course the Syrian regime would not be able to commit all those crime without the support from its allies like Russia and Iran,” Sabbagh added.

Sabbagh said he believes it is a waste of time to hold Geneva II if no significant military changes take place on ground and seriously threaten Assad’s regime, like what happened when America gestured for a military strike after the chemical weapon attack on Ghouta in August last year.

Regarding the internal coalition affairs, Sabbagh said that the latest meeting for the General Assembly of the Coalition "was like an ice-breaking exercise between different opposition forces and figures.”

He revealed that Coalition forces have reached an acceptable level of harmony and that agreement can be relied on during the next stage to help get out of the state of polarization and political conflict and support important fronts including the coast, Homs, Aleppo, Deir El-Zor, the Damascus Countryside and Daraa.

He confirmed that refugees, displaced people and institutionalizing the Aid Coordination Unit were discussed in the meeting as well.

Sabbagh said he feels the Coalition needs some changes to become a revolutionary parliament representing the Syrian people and to act like a legislative power to support and observe the executive power exemplified by the Interim Government.

Moreover, he said, he believes it is important to establish a judicial power independent from the Coalition and the Interim Government representing the Syrian revolution and its aims for a fair, transparent and credible regime.

In a relevent content, Sabbagh said he considers mending and supporting the Higher Military Council and the Chief of Staff  as a major priority, along with fixing the disagreements inside the military body and convincing countries to support it. The main point in mending the military body would be by explaining working strategies with clear separation among powers and authorities.

Sabbagh confessed there are disagreements between him and Ahmed Jarba, the Coalition President, but said overthrowing the Syrian regime remained their mutual goal. He said they disagree about the priorities, and that their disagreement is purely political.

“In the end Syrian people are the judge for Jarba’s and the Coalition performance during his ruling period," he said.

Sabbagh said he believes Assad would not mind dividing Syria if he had to choose either to leave ruling the country or stay as a president on part of it.

However the revolutionary and opposition forces have confirmed many time their desire to maintain the unity of all Syrian land and they tried to prevent plans aimed to divide the country via operations in Homs and the coast.