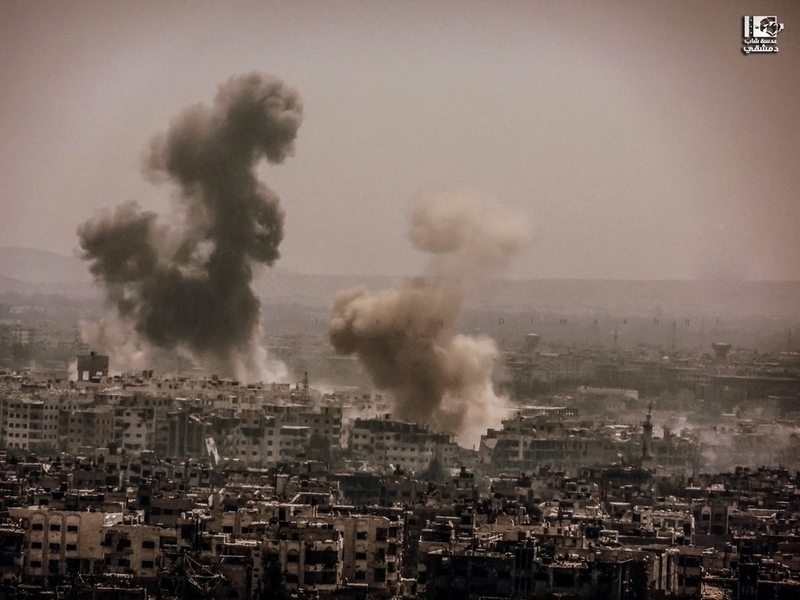 Commander Bashar al-Zubi of the Yarmouk Army, a key opposition faction fighting in southern Syria, has said Assad's regime can no longer tolerate the patience of the rebels and their strength. Speaking to al-Asr Magazine, Zubi stressed that the opposition factions will enter the capital Damascus soon, adding: "when regime forces withdraw, the opposition will work to protect civilians, state institutions, public facilities, banks and public roads until the political body begins its job".

Zubi explained that communications are taking place between Southern Front factions and the Army of Islam – the largest faction of opposition forces in the countryside of Damascus – in order to convince its commander, Zahran Aloush, to join the Southern Front with his troops.

In this context, Zubi said: "Mr. Aloush requested aid from us when ISIS approached Damascus, and ISIS is a major threat to the city. Alloush came asking to increase coordination".

In response to a question about whether Alloush has agreed to join the Southern Front, Zubi said: "Yes, certainly, and we are in constant contact to reach an agreement and coordination plan to reach this goal, but we should make sure that the target is fighting the enemies of Syrian people".

While Southern Front fighters face off against regime forces, there is talk on the presence of increased ISIS influence in southern Syria, but Zubi says the size of this presence is exaggerated, claiming: "there is no effective ISIS presence in Daraa, but we know that there are sleeper cells in some villages, and we are ready to deal with them".  Zubi noted that opposition factions in southern Syria fought ISIS when some of its sleeper-cells were discovered in al-Lajat and Quneitra.

Zubi said he considers ISIS: “an enemy of the Syrian people, and we will make effort to prevent it from activity in Horan first, then in the whole of Syria in the future. Syrians reject terrorism and extremism, and they do not accept their ideals".