Leading opposition figure speaks to All4Syria about the cease-fire in Syria, its impact on the country’s future and the extent the parties in the conflict are committed to the decision 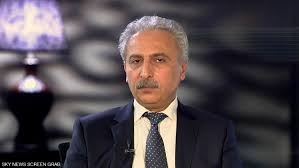 All4Syria met with Building the Syrian State movement president Louay Hussein to talk about the cease-fire project in Syria, its impact on the country’s future and the extent the parties in the conflict are committed to this decision.

How do you assess the cease-fire announcement, and is it achievable?

It was expected and anticipated. Russia and America announced it at the Vienna II meeting about three months ago, and it was approved by the [United Nations] Security Council resolution, and the final decision was issued days ago in the Munich meeting.

It is definitely achievable. All the fighters in the country are working under the orders of states and parties that fund them, including the regime and with the exception of ISIS [Islamic State]. Accordingly, all these countries cannot violate the joint will of America and Russia, whatever statements they make to save face.

There’s a problem with the issue of the Nusra Front, in that the cease-fire includes the pledge to fight ISIS and the Nusra Front, while it’s known that some consider Nusra one of the factions of the revolution, or at least its victories fall into the basket of the revolution’s gains. Now they will have to deal with them like ISIS and accept fighting them or lose their protection.

The coalition leadership warned more than once to stop defending Nusra and considering it an allied force, so that there would not come a day when they are forced to take a hostile position toward it, as happened to them with ISIS.

Is there any role for the parties of the conflict in the cease-fire operation?

They do not have any ability to disobey the cease-fire decision, because they will be punished severely if they try that and it is discovered. But certainly it’s them the effects of the cease-fire will show upon, so they will stop fighting each other and agree to confront ISIS and Nusra.

Do you think the cease-fire will be a new beginning for Geneva III?

The Munich track will drag the Geneva track behind it and not the other way around. Munich is an agreement between the great powers, and Geneva is just the appearance that will encase the Munich agreement. It is not affected by Geneva, and Geneva cannot derail Munich.

In the event the political process begins, do you expect the scene will change in the opposition?

Are we standing before a new stage in the Syrian crisis today, built on international understandings?

The issue of the Syrian crisis will end soon, or rather, we have started the final stage in the Syrian crisis. Now no Syrian party will be allowed to fight another Syrian party. The only permissible fighting now is against ISIS and Nusra and those that the great powers call terrorists.

From now on it will be forbidden for any country to provide any support to any armed faction in Syria, except the parties which accept fighting ISIS. If today we stand before a new stage in the course of the Syrian issue, we have finished the stage of the violent crisis and will enter a crisis of a new nature.